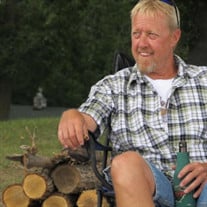 Steven “Jet” Ross Jegtvig, 59, of Steamboat Springs, CO, led by a band of angels took the hand of his savior on the morning of Monday, June 7, 2021 at 7:56 a.m. Born to and survived by Bonnie Friese in Moorhead, MN on July 14, 1961. Steven is survived by his daughter, Mikaila (Austin Kemp) of Fort Collins, CO; son, Cameron Burney of Westminster, CO; sisters, Rhonda Jasperson (Steve Vig) of Lengby, MN; LaDawn Clark (Dave) of Sauk Rapids, MN; brother, Brad Friese (Katie) of Solway, MN; best friend, John Nichols (Mary Jo) of Manitou Springs, CO; five nieces, two nephews, and one grandchild. Steven is preceded in death by father, Gary Friese and niece, Brianne Jasperson. Celebration of life, held by his daughter Mikaila, will be at Howelsen Hill Sandcourts in Steamboat Springs, CO on June 26th, 2021 from 11 am to 3 pm. Steve received his degree in Golf Course (Turf) Management from Anoka Technical College north of Minneapolis MN. After graduation, he did his internship at Denver Country Club, Denver, CO. Once the internship was over, he was hired as the Assistant Superintendent of Green Gables Country Club in Lakewood, CO under the direction of Tim Taagen. After a long stint at Green Gables, Steve spent a season with the Colorado Rockies on the grounds crew. Working in professional baseball was one of the highlights of his career. Steve was then offered an Assistant Superintendent position at Cragun’s Resort and Golf Club in Brainerd, MN. He moved his family and was looking forward to spending time back in his home state. Steve put in several years at the Golf Course and then decided it was time to branch out on his own. He joined back up with John Nichols, his best friend, and moved to Steamboat Springs, CO with his daughter to start up a residential and commercial landscape company, Big League Lawn Care. Living in Steamboat, one needs several jobs; some of which Steve held were Ski Shuttle driver in the winter months for ResortQuest and as a year-round caretaker for Gary Dulin at his private residence. Gary and Steve developed a very special bond throughout the years until Gary passed in January 2020. After Big League Lawn Care closed, Steve was offered a job with the City of Steamboat Springs (Parks Department) as a Parks Supervisor. He has been with the Parks Department for over fifteen years where his coworkers quickly became his second family and an important part of his life. He raised his daughter in Steamboat as a single father & continued to live there after she went off to college. Steve loved the outdoors, green grass, baseball, and football, and was fortunate to work outside in the environment that he loved so much. From Mikaila: If you knew my dad, you knew someone who was selfless, helpful, kind, and such a good listener. He wanted to help everyone he came into contact with. My dad worked for the City of Steamboat Springs for over fifteen years; if you have been near Howelsen Hill, I am sure you have seen him around. As a single father for 22 of my 25 years, he did everything right. He raised me to be strong, loving, kind, helpful, and have grace for the people around me. He wanted to teach me all of the lessons he learned as a kid just so I didn’t struggle through the same things. He always offered a helping hand to those around him and carried around the strength to be good to everyone. In the last few years, he fell in love with pickleball and the friends he made while enjoying it. He was the ultimate coach when it came to any sport I was involved in and always brought positive energy to every game of mine that he watched. My dad will be deeply missed by me every day but his spirit and love will live on through me.

The family of Steven Ross Jegtvig created this Life Tributes page to make it easy to share your memories.

Send flowers to the Jegtvig family.