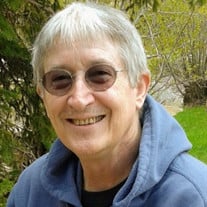 Mark Alan Hanna, 72, of Fort Collins, passed away on April 13, 2022. Born Christmas Day 1949 in Denver, Colorado, Mark spent his earliest years in Platteville before his family settled in Arvada, Colorado. He grew up with his mother, Laura, his father, Earl, and his sister, Kim, and spent many summers on his Uncle Dale’s farm near Burlington, Colorado. After graduating from Arvada West High School in 1968, Mark attended Nebraska Wesleyan University where he met his wife, Mary. In 1971, Mark and Mary wed and returned to the Denver area where they lived for 13 years after a brief stint in Florida. Mark and Mary had two children, Rachel, born in 1984, and Rebecca, born in 1986. The family lived in Flagstaff, Arizona and several locations across Nebraska before moving to Las Vegas, Nevada in 1996. While Mark held many jobs (law enforcement officer, insurance agent, stereo salesman), his calling was theology. After completing the United Methodist Course of Study, Mark served as a minister for 18 years, continuing to officiate weddings and lead moving memorial services after his formal retirement. Mark loved music, road trips, and most of all, his grandsons Jack and Wesley, to whom he was affectionately known as “Grumpy.” Mark and Mary moved to Fort Collins, Colorado in 2010 to be closer to family and enjoyed many family brunches, dinners, holidays, and day trips. Mark was preceded in death by his mother, Laura L. Hanna, and his father, Earl K. Hanna. He is survived by his wife Mary Hanna; his daughters Rachel Gaisford and Rebecca Hanna; his sons-in-law Steven Gaisford and Kevin Dugan; his grandsons Jack and Wesley Gaisford; his sister and brother-in-law, Kim and Kirby Schmitz; his nephews Kyler and Konner Schmitz; and many other close friends and extended family members. A celebration of life will be held at a later date. In lieu of flowers, the family requests donations be made to UNICEF.

Mark Alan Hanna, 72, of Fort Collins, passed away on April 13, 2022. Born Christmas Day 1949 in Denver, Colorado, Mark spent his earliest years in Platteville before his family settled in Arvada, Colorado. He grew up with his mother, Laura,... View Obituary & Service Information

The family of Mark Alan Hanna created this Life Tributes page to make it easy to share your memories.

Send flowers to the Hanna family.