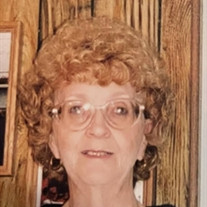 Margaret Mosher August 7, 1937 - March 27, 2022 Phil Mosher October 26, 1934 - April 23, 2020 Margaret Mosher joined her beloved husband, Phil, and Jesus in heaven on March 27, 2022, after a short illness. Margaret Ann Greco was born on August 7, 1937, to Matthew J Greco and Margaret Glennon Greco in Bronx, New York. She was the third of four girls. When she was 10 years old, she was hit by a car. She was unable to walk for a year and a half. At the time of her accident, she never lost faith and it shaped her future. She attended catholic schools and graduated from St. Vincent Ferrer High School, an all-girls school. She enjoyed roller skating, the movies, and the dance classes she took to regain her strength. She met Phil Mosher at a party in January 1956 and he proposed on her 20th birthday with a box hidden in the glove compartment of his car. She later got the ring. They were married on July 26, 1958. After a honeymoon in Florida, they made their home Bronx, New York until 1964 when Phil got itchy feet to see the world. Margaret followed Phil in their many adventures in New York, Colorado, Arizona, California, and Washington. They eventually settled in Fort Collins, Colorado in 1976 and for the second time in 2003. Along the way, they gathered many friends. Margaret's sense of humor and silliness with her friend, Lilly, were always favorite family memories. Margaret had many lifelong friends that she kept in touch with right up to the time of her passing. She continued to love dance, attend movies, and eventually fell in love with the Colorado Rockies baseball team. She and her friend, Cathy Greco (no relation) (Cathy preceded Margaret in death in 2010) were always up for a ball game. Margaret spent many evenings at the ice ring with friend Delia watching their husbands play ice hockey. Phil was a talented long time appliance repairman, owning his own business in all the different places they lived between 1963 and 2020. Margaret was employed as a Copper Craft sales representative for several years then went into retail sales. She was always in management, everywhere she went. Late in life, she was a skilled office administrator. In retirement, she was a beloved nanny to many children, including Logan and Beckett and Jeremiah and Joey. When Margaret was 50 years old, she and Phil attended a Billy Graham Crusade in Cheyenne, Wyoming, and gave their lives to Christ. Her strong faith and love for Christ continued until her last breath. Margaret was preceded in death by Phil, her husband of 61 years, her parents, and older sisters Josephine and Katherine. She is survived by her two children, Lorraine Archer (Kevin) and Philip Mosher. Also surviving are her three grandchildren, Diane Archer, Haley Mosher, Olive Mosher, and two great grandchildren. Also surviving is younger sister Marie Lucarelli and husband Ralph and family. Due to COVID 19, a joint celebration of life will be held on Saturday, April 23, 2022 at Foundations Church, 1159 Main St., Windsor at 2:00 pm. In lieu of flowers, donations can be made to Foundations Church 1159 Main St., Windsor, CO 80550 in Margaret's name or to the Disabled American Veterans in Phil's name.

The family of Margaret A. Mosher created this Life Tributes page to make it easy to share your memories.

Send flowers to the Mosher family.