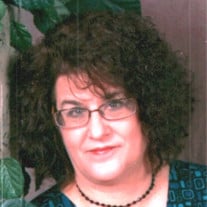 Laurie Lynette Barth, 59 of Fort Collins, Colorado passed away in her sleep on July 1, 2019. Laurie was born in Fargo, ND on April 22, 1960 to Yvonne and William Barth. She moved with the family to Colorado when she and her siblings were young. She began her school years in Adams County. Her formal education ended when she graduated the University of Denver with a BA in English and a BA in Mass Communications in 1993. During her school career she was the recipient of awards that allowed her copious production. In 1991 she was awarded the Olna Fant Cook Scholarship in Creative Writing. In 1992 she was awarded the Palmer-Hoyt Scholarship and in 1993 Laurie received the Colorado Council on the Arts Individual Artist's Grant. This later award allowed her to write a volume of poetry. At DU her poetry appeared regularly in the literary publications, anthologies, and the Denver Quarterly. While a student, the summers of her internships with US West and later Qwest provided her with much valuable experience and great fun. She designed special events in conjunction with The International golf tournament therein using her skills which included design and writing of promotional materials. She acted as host and volunteer trainer and provided client service. She wrote articles for both the employee and the customer newsletter. Throughout her adult years she worked in radio and print at various locations in Nevada, Colorado, and Texas. In 1994 she began as writer and production assistant of WISHBONE the PBS children's television series which produced 40 episodes for the four seasons. Laurie became a scriptwriter for the second season. She earned the Peabody Award in 1997 at Wishbone, Big Feats! Entertainment for a script she wrote for PBS. In 2004 Laurie began a career in property management and yet again, an opportunity to keep writing. Along with the varied demands of management she became the writer of the monthly tenant newsletter. Each complex at which she worked benefitted from her superior organizational skills and management style. Laurie was a free spirit who possessed a gentle caring kindness for all, a keen sense of humor, a love of laughter, and delight in being alive. She enjoyed any gathering of friends or family and happily hosted holiday meals in her home where guests enjoyed her savory cooking. Preceded in death by her father, she leaves behind the sorrowful hearts of her mother, Yvonne Barth of Fort Collins; stepfather, Darrell Johnson; sisters, Jeanette Barth, Natalie Boutin; and brothers, Steven and Randal and the several nieces and nephews who gladdened her heart. The Memorial Service will be held at 10 a.m. on Thursday, July 18, 2019 at Bohlender Funeral Chapel, 121 W Olive, Fort Collins, CO with Pastor Rodney Foster officiating. Her cremains will be scattered. Memorial contributions may be made in Laurie's name to: bbrfoundation.org. Friends may send condolences to the family at bohlenderfuneralchapel.com.

Laurie Lynette Barth, 59 of Fort Collins, Colorado passed away in her sleep on July 1, 2019. Laurie was born in Fargo, ND on April 22, 1960 to Yvonne and William Barth. She moved with the family to Colorado when she and her siblings were young.... View Obituary & Service Information

The family of Laurie Lynette Barth created this Life Tributes page to make it easy to share your memories.

Send flowers to the Barth family.