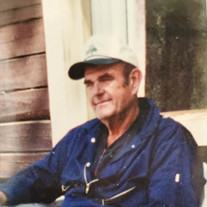 Kenneth Carl Keller was born on October 8, 1942, in Windsor, Colorado to the late Carl and Mary Keller. He passed peacefully on January 28, 2022 at the age of 79 in his home in Fort Collins, Colorado. He attended primary school at the historic Plummer School, at Timberline and Vine in Fort Collins. He then went on to Timnath High where he played football. Anyone who knew him in the 20th century, knew he was a sizeable guy. Timnath HS did not have any jerseys his size, so CSU athletics graciously provided his uniforms. Kenny graduated from Timnath High School in 1960 and began farming. The truth is he had been farming since he was a young boy, loving every moment. His farming life took a delightful turn on October 12, 1968 when he married his late wife, Imogene Keller. Kenny and his family continued farming in northern Colorado until January, 2021. Despite ending his farming business, he never stopped being a farmer at heart. He continued to be a mentor for the young and not-so-young farmers. Besides farming, Kenny enjoyed spending time in the mountains fishing, camping, and generally shooting the bull with family and friends. He was also a superb woodworker, pinochle player and jokester. If you haven’t heard the one about the polar bear, ask any of his grandsons. He had a passionate love for Dutch hops (google it!), blue coveralls, Mountain Dew (both kinds) and keeping his candy drawer well stocked and ready for anyone who dropped by. The variety of goods would put any grocer to shame. Later in life, he became a local news reporter. Not in any official capacity—but if you missed a broadcast or needed an update on anything happening in the northern hemisphere, he was the one to call. While he may not have called you or wrote you a letter or invited you to his birthday bashes, rest assured he loved you and everyone that came into his life, full-heartedly and unconditionally! You were friends for life. He is survived by sister, Charlene Mulnix; son and daughter-in-law, Charlie and Amy Keller; son and daughter-in-law, Chris and Lisa Keller; grandsons: Danny Keller, Nathaniel Klijewski, Kurtis Keller, Cade Keller and Coby Keller; granddaughters: Tiffany Klijewski, Sellena Klijewski and Celeste Klijewski, an aunt, numerous in-laws, nieces, nephews and ornery friends. Family and friends are welcome to attend his memorial service on Friday, February 11, 2022 at 11:oo am at Faith Lutheran Church, 36980 Co Rd 37 Eaton, Colorado. A reception will follow the service.

Kenneth Carl Keller was born on October 8, 1942, in Windsor, Colorado to the late Carl and Mary Keller. He passed peacefully on January 28, 2022 at the age of 79 in his home in Fort Collins, Colorado. He attended primary school at the... View Obituary & Service Information

The family of Kenneth Carl Keller created this Life Tributes page to make it easy to share your memories.

Send flowers to the Keller family.