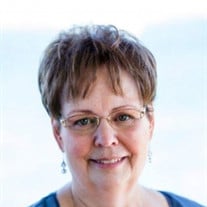 Rev. Karen Louise (Johnson) Lowe, 66, died of septicemia on December 1, 2019, in Denver, CO; she had lived in Fort Collins, CO, for 30 years. Born on December 28, 1952, in Toledo, OH, to Kenneth Daniel and Martha Jean (Finch) Johnson, she grew up in Toledo, graduating from E. L. Bowsher High School in 1970 and the University of Toledo in 1974, where she majored in anthropology. Upon graduation, she was a children’s social worker with the Lucas County (OH) Child Services Agency. In 1972, she married Douglas Edward Lowe; they divorced in 2012. In Toledo, she was a member of Zion United Methodist Church where she was an active volunteer especially with youth. Karen earned a Master of Divinity degree from Illiff School of Theology in Denver and was ordained an Elder in the United Methodist Church in 1997, which she served for over 14 years. She served Christ United Methodist Church, her home church in Fort Collins, as an associate pastor until she left parish ministry to found her own extension ministry, Roots and Wings, dedicated to one-on-one personal spiritual and life guidance. She ministered to individuals living on the streets or in shelters, people facing evictions, sufferers of mental illnesses, victims of domestic abuse, incarcerated persons, and young people isolated from their birth families—especially those of the LGBTQI+ community. A weekly family dinner for these young adults was a long standing tradition in her home. After retiring, she and her daughter Abigail founded Neighborhood Liquors in Fort Collins. Karen is survived by her daughters, Jennifer Jean Lowe (Wendy Jean Howell) and Abigail Joyce Lowe; their father, Douglas Edward Lowe; siblings Douglas Roy Johnson (Stephanie Lynn Johnson) and David Kress Johnson (David Veillon Manuel); five nieces, two nephews, and two grand nephews; and the countless people with whom she ministered. A Memorial Service will be held on Saturday, February 1, at 2:00 p.m., at Christ United Methodist Church, 301 East Drake Rd., Fort Collins, CO, 80525. Memorial gifts may be made to Open Gate Homeless Young Adult Ministry, Bering Memorial United Methodist Church, 1440 Harold St., Houston, TX 77006 (beringopengate.org), which she helped organize.

The family of Karen Louise Lowe created this Life Tributes page to make it easy to share your memories.

Send flowers to the Lowe family.