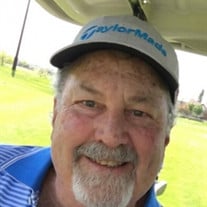 John Houston Schou, 71, passed away peacefully at home, June 5, 2022, with his daughters at his side. He was born September 29, 1950, in Sidney, Nebraska, to parents John and Virginia Schou. John was active in sports growing up, excelling in basketball and baseball. He graduated from Sidney High School in 1968 and attended the University of Nebraska, Lincoln, on a baseball scholarship, receiving his BS degree in 1972 and MBA in 1973. He was a member of Sigma Alpha Epsilon fraternity. He moved to Fort Lauderdale, Florida, where he worked in the banking industry and for the IRS, before moving to Colorado in 1978, working for Coopers and Lybrand in Denver. He married Bonnie Kilpatrick June 24, 1978 in Scottsdale, Arizona. They had three children, Erin, Shannon and Johnny. John moved to Fort Collins in 1981. He managed his family's farming business north of Sidney, having spent summers working on the farm while living in Sidney. He was the owner of Alpine Accounting in Fort Collins. He was an avid golfer throughout his life and will be remembered for his wonderful sense of humor and his love of family. Surviving family members include daughters Erin Shufflebarger (Jason) of Ft. Collins and Shannon Tucker (Jonathan) of Aurora, grandchildren Emery and Landon Shufflebarger and Aliyah and Emmett Tucker, sister Sheri Roe (Glenn) of Crownsville, Maryland, niece Danielle Roe (Mark Gardner) of Severna Park, Maryland, and great-nephews Gray and Heath Gardner. Preceding him in death were his son John III and parents John and Virginia Schou. A Celebration of Life is planned for June 26, 2022 at Bohlender Funeral Chapel at 2:00 p.m. In lieu of flowers, memorial contributions may be made to the Youth Golf Scholarship Fund, 215 N. Mason, Fort Collins, CO, 80524, with “Youth Golf Scholarship Fund” https://www.fcgov.com/golf/youth-golf-fund

John Houston Schou, 71, passed away peacefully at home, June 5, 2022, with his daughters at his side. He was born September 29, 1950, in Sidney, Nebraska, to parents John and Virginia Schou. John was active in sports growing up, excelling in... View Obituary & Service Information

The family of John H. Schou, Jr. created this Life Tributes page to make it easy to share your memories.