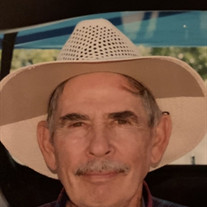 Jack L. Davis passed away on November 22, 2019, at Poudre Valley Hospital after suffering a heart attack at home. He was born January 11, 1939, in Fort Collins to CoraLee (nee Davis) and Lloyd D. West. They lived at 600 Elm St. on a small acreage purchased from Mr. Hart, close to where Martinez Park is today. In 1951, he and his younger brother George were adopted by his aunt and uncle, Flora and Frank Davis. They lived in Phoenix, AZ; Austin, TX; and then moved to Germany where Jack graduated from high school in Wiesbaden. He married Mitzi Gerhardt on December 21, 1978, and they lived in the Stratton Park area of Rist Canyon for many years. Jack enlarged and added on to the cabin he had built. It became a two story house with solar panels to heat water and photovoltaic panels to produce electricity. They raised pure bred Toggenburg dairy goats under the herd name Rocky Mtn. Toggenburgs, and were longtime members of the American Dairy Goat Association and the Front Range Dairy Goat Association. Jack and Mitzi traveled from California to New York, buying and selling animals, visiting other goat herds and attending shows and conventions. They also traveled the West, exploring Colorado and many of the National Parks in the U.S. and western Canada. Jack started as an apprentice electrician, then became a welder, and worked on the Glen Canyon dam in Arizona. He moved back to Fort Collins to help his father, Lloyd, both of them working at Forney’s. In 1961, Jack enlisted in the Army, and served in both Germany and Vietnam. Returning to Fort Collins, he purchased property in Stratton Park. He was very proud that his Great- grandfather Robert West had homesteaded in the area in the late 1880’s. Many miles were logged commuting back and forth to work in Fort Collins, but Jack loved the mountains. He retired from American Breeder’s Service in Wellington in 1994. Jack could build and fix almost anything. He loved to shop the thrift stores for treasures, and was a great cook, baker and canner. They started “Mitzi’s Flowers” in 2000. Jack did all the rototilling, composting, building raised beds, designing and managing the irrigation system, building a “cold room” for the flowers and thinking of ways to grow everything better. Mitzi and Jack were together every Saturday at the Larimer County Farmer’s Market, from July until frost, selling cut flowers and bouquets. Jack is survived by his wife, Mitzi, a sister Gladys Morris (Tom) of Houston, TX, his nieces Sandy Imes (David) Ft. Worth, TX, Michelle Davis, Tucson, AZ, Michelle Pappaducas (Brian) Ankeny, IA, Kathy McCarthy (Jon) Minneapolis, MN, and nephews Jeff Morris (Shari) Pasadena, TX and Eric Gerhardt (Dawn) York, PA, plus numerous cousins, great nieces and nephews, and his beloved dog and companion Marco. He was preceded in death by his parents, his brother George and a nephew, Greg Morris. A Celebration of Life will be held on Saturday, January 11, 2020, at the Farm at Lee Martinez Park, from 12:30p.m. - 3:30p.m. In lieu of flowers, memorial contributions may be made to Coloradogives.org/ Poudreriverlibrarytrust or Coloradogives.org/Friendsofthegardensonspringcreek.

Jack L. Davis passed away on November 22, 2019, at Poudre Valley Hospital after suffering a heart attack at home. He was born January 11, 1939, in Fort Collins to CoraLee (nee Davis) and Lloyd D. West. They lived at 600 Elm St. on a small... View Obituary & Service Information

The family of Jack Latham West Davis created this Life Tributes page to make it easy to share your memories.