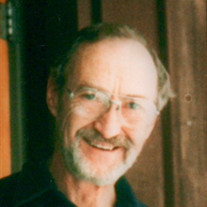 On a cold winter night, January 30, 1930, a third son was born to Pinkney and Bessie (Hamm) Poland in their farmhouse near the small town of Isabel, Kansas. They named him Jack Dean. He was called Jackie Dean in those early childhood years and... View Obituary & Service Information

The family of Jack Dean Poland created this Life Tributes page to make it easy to share your memories.

Send flowers to the Poland family.