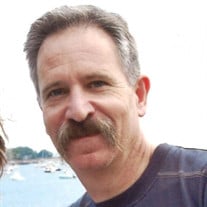 Ed Harris, JD, a renaissance cowboy, has died after a courageous battle with liver cancer. All the radiation and chemotherapy could not save his life, but he led an incredibly full life before he left us. Raised in rural Wyoming, Ed attended Harvard University on a full academic scholarship, where he graduated with his Bachelor’s Degree. He went on to the University of Sydney, Australia to work on his Master’s Degree. Ed then received his law degree from the University of Wyoming. There he met the love of his life, Mary Anne Martell. They married in 1985, and were married 35 years. After years of practicing law in Cheyenne, Ed clerked for the Wyoming Supreme Court for over ten years. His colleagues often described him as the smartest guy in the room. Beyond Ed’s love for the law, he loved volunteering at Loveland’s Sculpture in the Park Show & Sale, playing alto saxophone with the Wellington Community Band, quilting and gardening. He was an avid organizer and participant in the Annual Quilt Show & Sale supporting the Buckeye Community Club. For several years, Ed served on the board of Loveland High Plains Arts Council where he coordinated the Adopt-a-Garden Program, lending his artistic eye to the design and care of garden spaces and the placement of sculptures. He was a lifelong learner and voracious reader, with a special fondness for Western literature. Above all, he loved being “Uncle Ed” to his niece and nephew Ginny and Steve Harris and his nephew Antonio Martell-Rodriguez. He is survived by his wife, Mary Anne, whose own battle with multiple sclerosis Ed has championed, hand-in-hand and by her side for many years. Also surviving Ed are his brother John and wife Becky, his niece, nephews, several cousins and his mother’s twin sister Joan (Lloyd) Dayton, sister-in-law Patty (Tim) Murray, brother-in-law Jim Martell and Christy. Preceding him in death were his mother Jean, his father Wayne, his grandparents, various aunts, uncles and cousins, and his mother-in-law Betty Anne (Joel Husted) Martell. Following cremation, Ed’s ashes will be spread at his beloved “Alleged Ranch”, where he lived for 30 years. Memorials may be directed to any of Ed’s favorite charities: Buckeye Community Club, Friends of the Wellington Library, CSU Athletic Department, or KUNC - Community Radio for Northern Colorado. Contributions in Ed’s honor should be sent C/O Bohlender Funeral Chapel, 121 W. Olive Street, Fort Collins, CO 80524.

Ed Harris, JD, a renaissance cowboy, has died after a courageous battle with liver cancer. All the radiation and chemotherapy could not save his life, but he led an incredibly full life before he left us. Raised in rural Wyoming, Ed attended... View Obituary & Service Information

The family of Edward Wayne Harris created this Life Tributes page to make it easy to share your memories.

Ed Harris, JD, a renaissance cowboy, has died after a courageous...