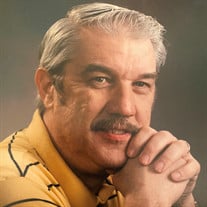 Donald Duane Honick, 78, of Fort Collins, died January 18, 2020 at a Poudre Valley Hospital. Don was born April 14, 1941 in Lewiston, New York to Duane and Lucy Honick. He graduated from Barker Central High School in Barker, NY in June of 1960. Don then served in the US Navy from September 1960 to July 1966. Don married Gretchen Teigler on November 30, 1963 in Buffalo, New York. They were married for 52 years. Don worked and retired from Kodak as a machinist. His hobbies included stamp collecting, coin collection, and reading. He loved watching his grandchildren play sports, attending Rockies games with is wife and family, and traveling with his family. Don was an avid bowler and loved his bowling family and all the traveling they did. He was able to fly on the B-29 Flying Fortress in the summer of 2019. Survivors include Don's children: Dan Honick (Lynne) of Wyoming; Lynne Lechman (Vaughn) of Greeley; and Steve Honick (Amy) of Fort Collins; seven grandchildren, Ashley (Mitchell), Kayla, Travis, Kassidy, Justin, Cole and Riley; and a nephew and niece, Dr. Jeff Teigler (Brenna) and Sarah Teigler. Preceding Don in death are his wife Gretchen and his father and mother. A Memorial Service will be held at 11 a.m., Thursday, February 20, 2020 at Shepherd of the Hills Lutheran Church, 1200 S. Taft Hill Rd. A graveside service with military honors will be held 1 p.m., Friday, February 21 at Ft. Logan National Cemetery, Staging Area A. Memorial contributions can be made to Shepherd of the Hills Lutheran Church in care of Bohlender Funeral Chapel, 121 W. Olive St., Ft. Collins, CO 80524.

The family of Donald Duane Honick created this Life Tributes page to make it easy to share your memories.

Send flowers to the Honick family.