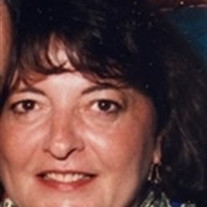 Connie Rae Van Laningham, 76, of Fort Collins Colorado, passed away Wednesday July 29, 2020, after a lengthy illness. Connie was born on May 16, 1944, in Hastings, Nebraska, to Ray and Elsie Blum. Connie graduated from Hastings High School in 1962. Connie met the love of her life and future husband Don Van Laningham in junior high school. Their relationship blossomed on their walks home from school, in the ninth grade. On May 22, 1964, Don and Connie were married in Hastings, Nebraska. Daughter Diane was born on April 26, 1965 and son Jeff was born March 4, 1969. On Halloween night 1974 Don and Connie moved the family to Fort Collins, Colorado. Connie spent much of her life working as a laboratory technician. When Connie retired from the health care field, she opened her in home childcare which she operated for more than 20 years. Connie was forced to retire in 2004, after suffering a stroke while rendering aid at an accident scene. Since the stroke, Connie was confined to her home being cared for by her loving husband Don. Childcare was very important to Connie, as she had the ability to impact so many young lives. All the children that attended Connie’s childcare were very special to her. Connie is survived by Don her husband of 56 years, Daughter Diane (Jay) Klassen, of Fort Collins, Son Jeff (Kris) Van Laningham of Fort Collins, 5 Grandchildren, 3 Great Grandchildren, Sister Judy Jurecki of Prescott Valley, Arizona and several nieces, nephews and cousins. Connie was preceded in death by parents, Ray and Elsie Blum and sister, Sandy Young. At the family's request, there is no formal service scheduled. The immediate family had a celebration of life in Connie’s final hours. Connie was a very special wife, mother, sister, aunt, grandmother, great grandmother and a friend to all! The family would like to thank the staff from Pathways of Northern Colorado for their care and compassion over the last three months. We encourage you to share a special thought or memory in Connie’s honor. In lieu of flowers donations in Connie’s memory can be made to Pathways of Northern Colorado, www.pathways-care.org.

The family of Constance Rae Van Laningham created this Life Tributes page to make it easy to share your memories.