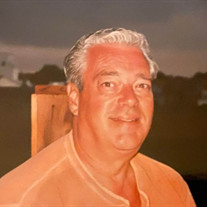 Charles (Chuck) Lehmann’s life adventure concluded on November 29th at his home in Wellington, CO. He went peacefully in his sleep knowing that he was loved by friends and family. Chuck’s journey began in Aberdeen South Dakota in 1944. He was a scruffy kid with a zest for mischief and a perpetual tan from spending most of his time outside; traits that followed him well into his 70’s. In his youth, Chuck worked on the railroad lines and enjoyed hunting with his dad, playing cards with his mom, watching his rambunctious little brother and sister, and acting with the drama club. He graduated with a BS in Business Administration from Northern State College in Aberdeen. Never an avid academic, he spent most of his time with friends and with the nuns at Presentation College. The nuns adored Chuck because of his dependability and willingness to help out. They asked him on several occasions to escort girls who didn’t have a date to school dances. This earned him the misconceived reputation of being a ladies man. But those days ended abruptly when Kathleen (Kaye) Gion passed by on a parade float and his heart was officially taken for all time. They were married in Regent, ND in 1966. Together and in love, they danced incredibly well, were active members of the Elks and El Zagel Shrine, sang in the church almost everywhere they lived, and enjoyed travel, theatre, and each other’s company. Rarely seen without the other, they were often called “Ken and Barbie”. Kaye and Chuck moved to Bismarck, ND where they started their family and Chuck began his career working as the director of the Bismarck Civic Center. He was responsible for booking some of the 1970’s biggest acts like John Denver, Doc Severinsen, and Tiny Tim. He was also credited with bringing the controversial musical Hair to North Dakota. When Kaye had an opportunity to advance her career in Fargo, ND, Chuck, as always, supported her. It was there he found his life-long career in the moving industry. He worked at Bob’s Transfer in Moorhead, MN, then advanced to Nelson Westerberg and Victory Van Lines when the family moved to NJ in the 1980’s. In NJ, Chuck thrived. He loved working with people and was good at what he did. He was recognized for his uncanny ability to estimate weights of moves and for his sales talent. It was said that he could sell water to a drowning man. His clients included AT&T World Headquarters, NBC in Rockefeller Plaza, the St. Regis Hotel, and PricewaterhouseCoopers. But his favorite clients were little old ladies because 1) they adored him and 2) they’d bake him cookies. He convinced his son to join him in the moving industry. Chris returned the favor by giving him his only grandchild and the sole reason for Kaye and Chuck’s move to CO. Chuck loved Colorado and being in the west. He went from mob boss to cowboy. He was closer to family and the beauty of nature. In retirement, he had more time for his favorite things: reading the newspaper, watching cowboy movies at full volume, and sitting outside watching trains, birds, the wind, and time pass by. Chuck went home to be with his dear wife, Kaye who passed in January of 2019. He is survived by his daughter Giselle, son Chris, grandson Christian, brother Bob, and sister Birdie. He is preceded in death by his father, Clifford Lehmann and mother, Regina (Volk) Lehmann. Funeral arrangements are under the care of Bohlender Funeral Chapel. Friends may send condolences to the family at bohlenderfuneralchapel.com. A Celebration of Life will take place at 10:30AM on Wednesday, December 18, 2019 in the south auditorium at Timberline Church, 2908 S Timberline Rd. in Fort Collins, CO.

Charles (Chuck) Lehmann&#8217;s life adventure concluded on November 29th at his home in Wellington, CO. He went peacefully in his sleep knowing that he was loved by friends and family. Chuck&#8217;s journey began in Aberdeen South Dakota... View Obituary & Service Information

The family of Charles C. Lehmann created this Life Tributes page to make it easy to share your memories.

Send flowers to the Lehmann family.