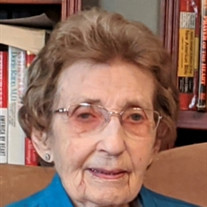 At the age of 95, Catherine Zwiener of Loveland Colorado passed away on June 27, 2021, at Swedish Medical Center in Seattle Washington. She had spent the previous two and a half weeks in the hospital due to a life threatening illness. Catherine was born January 11, 1926 in Bellwood Nebraska to John and Maria Moes. The family moved to a farm outside of Kearney Nebraska where they settled down and where Catherine grew up. She was the oldest of six children and shared in the care of her siblings especially the three youngest siblings. She graduated from Longfellow High School in 1943. After graduating High School, Catherine moved to Chicago and lived with her Uncle Jim and Aunt Madeline. There she worked in the Chicago area a few years before returning home to the family farm. On September 20, 1947 Catherine married Sylvester Zwiener and moved to a farm of their own outside of Pleasanton Nebraska where they farmed and raised cattle, and various other livestock. In 1967 they moved to Fort Collins Colorado and within a year or so bought a farm near Wellington Colorado. Catherine worked doing clerical work at Human Resources, and Mountain Bell etc. She also worked a while at the Teledyne Waterpik Company. Catherine had a great love of painting and was very gifted and talented at it creating many beautiful paintings. One of her most beloved paintings was that of Longfellow High School. She kept that painting above the fireplace mantel. Her family and friends admired her artwork so much. She painted in oils (her favorite) watercolors and pastels. She also enjoyed sewing and took in garments for people that needed alterations or repairs. She also enjoyed traveling and had the good fortune of winning a trip to Rome in the early 1990’s. She and Sylvester also attended a family reunion trip in 2007 with many of her relatives to Europe to visit relatives in Luxemburg. They also traveled to France and Switzerland. She had a great interest in the affairs of our country and closely followed current events. She volunteered her time working for the local and national elections and served as an election judge as well for many of the elections. Catherine and Sylvester were one of the founding members of St. Elizabeth Ann Seton Catholic Parish. She has always been active in her church and her faith was very important to her. Catherine was preceded in death by her husband, Sylvester, her mother and father and three of her siblings, Ernest, Fred, and Frances Moes. She is the mother of three Children; son Ernest whose wife is Adair and their children Andy whose wife is Sandy, Joe whose wife is Deb and Frances. Daughter Rosemary whose children are Amie and Daniel whose wife is Kara. Daughter Sandra whose husband is Luis and their children Christopher, Brian and Briana. She also had five great grandchildren Jon whose wife is Patricia, Justin, Jenna whose husband is Derek, Brenden and Lila. She also has two sisters Mary Haldiman of Lincoln Nebraska and Lucille Chase of Phoenix Arizona. She has many nieces, nephews as well as many cousins throughout Colorado, Nebraska, Iowa, Wisconsin, Arizona and California. Her family was very important to her and she rarely missed an opportunity to be with them. A visitation will be held on July 28th from 3pm-8pm at the Bohlender Funeral Chapel located at 121 W Olive in Fort Collins Colorado. The Rosary will be held on July 29th at 9:30am and funeral Mass at 10:00 am. Both services will be held at St. Elizabeth Ann Seton Catholic Parish located at 5450 S. Lemay in Fort Collins. Graveside service will be held following the funeral Mass at Roselawn Cemetery at 2801 E. Mulberry St in Fort Collins. St. Elizabeth’s will be live streaming the funeral mass as well and can be accessed through their website at www.seasparish.org There will be a luncheon following the graveside service at St. Elizabeth Ann Seton Catholic Parish Hall. Memorial contributions can be made to St. Elizabeth Ann Seton Catholic Parish or Catholic Charities.

At the age of 95, Catherine Zwiener of Loveland Colorado passed away on June 27, 2021, at Swedish Medical Center in Seattle Washington. She had spent the previous two and a half weeks in the hospital due to a life threatening illness. Catherine... View Obituary & Service Information

The family of Catherine Elizabeth Zwiener created this Life Tributes page to make it easy to share your memories.

At the age of 95, Catherine Zwiener of Loveland Colorado passed...

Send flowers to the Zwiener family.