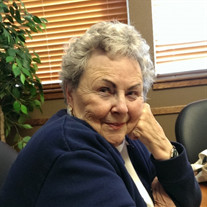 On February 27th, 2022, Diane Gayle Weixelman, 87, of Red Feather Lakes, left this world peacefully to join her husband Don and son Tony. Her family was honored to spend her final days with her sharing memories and warm embraces. Diane was born to Charles and Donna Brainard on March 29th, 1934 in Minneapolis, Minnesota. At the age of 3, she moved to Abilene, Kansas. She went to Kansas State University and achieved a degree in Journalism. While there she met Donald Weixelman on a blind date. Diane loved Don and the large family with 11 siblings, they were married a year later. Colorado had been Diane’s summer home during her childhood, so she and Don moved to Colorado in 1959 to begin a life in real estate. Diane’s passion was her family, she raised 7 children, the house was always full of neighborhood kids, nieces, nephews and occasional foreign students. Diane was a partner in Don’s business and played key roles in the Development of many mountain communities including Crystal Lakes, Glacier View Meadows; Beaver Meadows Resort Ranch became her favorite where she spent most of her later years greeting visitors and families while working alongside her daughter Linda and son Gary. Diane was preceeded in death by her son Tony (age 13), her parents and her husband Don. Survivors include her children Joseph Weixelman (Chris Tee, Shawn, Christopher, James, Kai), Janice Weixelman (Alan King, Tansy Wawerski, Tye Wawerski), Mike Weixelman, Chris Weixelman (Azar Weixelman, Nasim, Yassy, Nika and Nafeis), Gary Weixelman, Linda Weixelman; in-laws include Jim and Jill Weixelman and Bernadine Weixelman, numerous and loved grandchildren, great-grandchildren, nieces, nephews, their families and countless friends. A memorial will be held at St. Joseph’s on the day of her birthday, March 29th, at 2:00pm at St. Joseph Church in Fort Collins. Condolences for the family may be placed on the website https://www.bohlenderfuneralchapel.com/obituaries/Diane-Weixelman/ Cards for the family can be sent to 152 N Rim Road, Livermore, Colorado, 80536. Those wishing to honor her life can make a donation in her name to St. Jude’s Children’s Hospital.

On February 27th, 2022, Diane Gayle Weixelman, 87, of Red Feather Lakes, left this world peacefully to join her husband Don and son Tony. Her family was honored to spend her final days with her sharing memories and warm embraces. Diane was born... View Obituary & Service Information

The family of Diane G Weixelman created this Life Tributes page to make it easy to share your memories.

Send flowers to the Weixelman family.