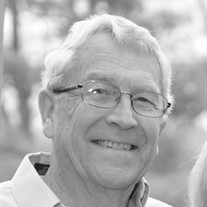 William Conrad Tosch, a resident of Fort Collins, Colorado, passed peacefully at home with family by his side, Saturday, March 12, 2022 at the age of 88. Bill was born January 19,1934, in Lee’s Summit, MO. His family moved many times as his father worked on the Rural Electrification Administration Program, bringing electricity to thousands of families and farms. Bill was amazing at making new friends each time they moved, which served him well his whole life. His work ethic was formed by his parents and his first jobs making egg crate boxes for 3 cents each, working at a gas station, setting pins at the bowling alley, running a July 4th fireworks stand and participating in many sports. He graduated from Madison High School, Madison, South Dakota in 1952; then become the first in his family to graduate from college at the University of South Dakota, where he was inducted into Phi Beta Kappa. He went on to earn a PhD in Chemistry at Purdue University, graduating in 1962, while married with two children. Bill and his young family moved to Colorado where he began his rewarding career at Marathon Oil Company Research Center in Littleton, and welcomed one more child to the family. His career in Oil Research and Development spanned nearly three decades. After retiring, he enjoyed being a professor at The Pennsylvania State University, Colorado State University and Front Range Community College. He especially loved teaching chemistry to students in a way they could enjoy and understand, always finding a way to insert a little humor and practicality. His father Hugo, a true jack-of-all-trades, passed on this gift to Bill, who was a talented woodworker, comfortable with electrical projects, plumbing, gardening, cooking and the list goes on. What was most special about his talent was his willingness to share his skills, teach others or simply help out a friend. Bill fixed a lot of things… for a lot of people! Bill was very active his whole life, playing competitive tennis, climbing 34 “Colorado 14ers”, backpacking, fishing, skiing and enjoying many trips, including canoeing the Boundary Waters of Minnesota, sailing to Alaska, an Outward Bound adventure in Maine, traveling Europe to visit important WWII locations as well as England, France, Norway and others. Italy rose to the top of his most favorite destinations. He was involved in the Fort Collins community, serving as an active member with The Poudre Golden K Kiwanis Club, as a volunteer driver for the Fort Collins Senior Center and a CSU OSHER Lifelong Learning Institute instructor. There are so many friends and family who will miss Bill dearly, as his sense of humor would always lighten up a room and his wisdom helped solve many a problem. To meet Bill was to be his friend. Bill is predeceased by his father Hugo William Tosch, mother Melba Elizabeth Leininger Tosch, step-mother Eunice Marie Flagg Tosch, brother Gene H. Tosch, former spouse Constance L. Hexom Tosch and his daughter Daira L. Tosch Hanschmidt. Survived by his loving partner of 14 years Eloise Loy Zimmerman, sister Karen K. Tosch Campbell (Bruce), son David W. Tosch (Susan), daughter Darci M. Tosch O’Connell (Robert), grandchildren Ross (Rachel), Kyle (Kathryn), William, Matthew, Kristin, Finnian and great grandchildren Raiden and Roland. A Celebration of Bill’s Life will be held Monday, June 6, 2022, 2:00PM at Redeemer Lutheran Church, 7755 Greenstone Trail, Fort Collins, CO 80525. Memorial contributions in Bill’s memory can be made to Pathways Hospice, 305 Carpenter Rd., Ft. Collins, CO, 80525, or online at pathways-care.org.

William Conrad Tosch, a resident of Fort Collins, Colorado, passed peacefully at home with family by his side, Saturday, March 12, 2022 at the age of 88. Bill was born January 19,1934, in Lee&#8217;s Summit, MO. His family moved many times... View Obituary & Service Information

The family of William Conrad Tosch created this Life Tributes page to make it easy to share your memories.