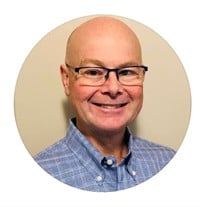 Wallace Reed Nelson Jr. loving husband, father, brother, son, uncle and friend, left this world on January 22nd, 2022, to begin his eternal journey. He was born to Wallace & Betty Nelson on September 26th,1967. Both of his parents proudly served in the military. He grew up in Kentucky with his sister Romaine, who preceded him in death in 2021. He had many childhood friends, keeping in contact with some throughout his life. He attended the University of Kentucky and later earned his MBA. He was everyone’s friend, teammate and cheerleader. His love was all encompassing and life-giving. He lived his life in the moment, enjoying world travels to Hawaii, France, Argentina, Chile`, Mexico and Italy, among many other places. Reed’s love of cycling led him to participate in many cycling groups, mainly the “Good Times Gang,” cycling community in Kansas City. He loved the many group rides, parties and functions within GTG. He also loved the many experiences cycling presented such as viewing the Tour de France, meeting new people and bringing inexperienced cyclists into the community with his encouragement and knowledge of the sport. It was said by friends that he would try and figure out a solution for everything and therefore was given the nickname, “Doc.” Reed was an avid, “foodie,” and lover of wine, which led to his hosting and participation in many dinners and wine tastings with friends and new acquaintances. His knowledge of spices and his love of different flavor profiles was evident in the complex variety of dishes he prepared, yet he could also make a simple soup that would comfort and warm one’s soul. Reed loved hiking and enjoyed trips to Colorado, Argentina, Hawaii and Chile’ where he hiked some of the most beautiful places on earth. He supported children through Compassion International and loved receiving the cards and updates from them. Reed felt that no one should ever go without a meal. He worked for a number of companies throughout his life, the most recent being Schaeffler Group. His work associates considered him not only a coworker but also a friend. His latest business meeting included a boating/.fishing trip in Wisconsin. Reed considered Matt C, Jesse, Todd and Matt D, his brothers in work as well as in life. Reed made his final home in Loveland, Colorado. He had hundreds of friends who cherished him, and who he said, “made his life fulfilling and beautiful”. His zest for life and his love of people will forever be his legacy. There will be a ‘Celebration of Life’ bike ride in Kansas City in the Spring of 2022. Reed is survived by his wife Tammy Nelson of the home. Reed’s children are Cory Richards of Rockford, IL, Nikki and Kyle Sabatini of Howard, CO and Megan Ingersoll and Colt Helmer of Tulsa, OK. Reed is also survived by his brother in law, Jerry Streeval, niece Crystal Joy Foley, nephew Jesse Stockton and great nephews Samuel Streeval and Justice Streeval. Cremation / Spreading of Ashes: The family will travel to Kauai, Hawaii in March of 2022 to spread Reed’s ashes in what he considered, “one of the most beautiful places on Earth''. Next year, the family plans to summit Long’s Peak in Colorado to continue Reed’s wishes of wanting to, “conquer the mountain someday”. A quote from Reed’s poem, “The Aspens” - …So as I look at the horizon It has a clear and infinite view Whereas my life on earth And my days left here are few And the aspen leaves still flutter As they turn golden and fall away And I do just the same And will ’til my last day

The family of Wallace Reed Nelson, JR created this Life Tributes page to make it easy to share your memories.

Send flowers to the Nelson family.