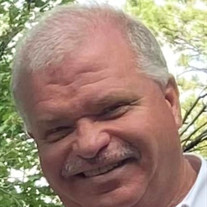 Fondly remembered by family and friends, Timothy (Tim) Palmer Rushold passed away on Monday, November 8th, 2021, in Loveland, Colorado, at the age of 54.. Tim grew up on the western slope of Colorado. He attended Campion Academy for high school then Walla Walla University where he graduated with a Bachelor’s Degree. Then it was on to Loma Linda University, where he earned his Masters degree in Physical Therapy. After graduating he returned home to Colorado to start his career and begin a family. He had two sons with Joy: Ryan and Kyle. Following Joy’s passing, he took a pause from practicing Physical Therapy and embarked on a different endeavor, going into business building houses with his father. He married Rebecca and had a daughter, Sarah. Eventually the calling to return to Physical Therapy came, but before he went back to caring for patients he decided to continue his education and earned his Doctorate in Physical Therapy. He enjoyed working with his hands in various capacities including lumber jack, farmer and rancher. After his divorce, Tim married Dana. Most recently he returned to working on construction projects in partnership with her. Tim was an avid outdoorsman, enjoying hunting, fishing, scuba diving and was a pilot, Tim was also an elder in the Seventh-Day Adventist Church. Tim will be lovingly remembered by his wife, Dana, his children, Ryan (Hannah) Rushold, Kyle (Destaney) Rushold, and Sarah Rushold, as well as his mother, Arlene Rushold. Tim will also be remembered by his sisters, Candy Rushold and Connie Heinrich, many nieces and nephews, as well as friends and colleagues. Tim was preceded in death by his wife, Joy Rushold, his nephew, Kevin Campbell and his father, Carroll Rushold A memorial service will be held on November 19th, 2021, at 4 PM at the Campion Seventh-day Adventist Church at 300 42nd St SW, Loveland, CO 80537.

Fondly remembered by family and friends, Timothy (Tim) Palmer Rushold passed away on Monday, November 8th, 2021, in Loveland, Colorado, at the age of 54.. Tim grew up on the western slope of Colorado. He attended Campion Academy for high school... View Obituary & Service Information

The family of Dr. Timothy Palmer Rushold DPT created this Life Tributes page to make it easy to share your memories.

Send flowers to the Rushold family.