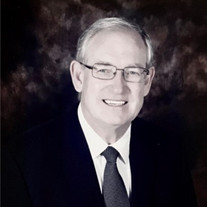 Dr. Stan Scheer, 77, of Windsor, Colorado and Murrieta, California, passed away on December 13, 2020 from Covid-19. He was preceded in death six days earlier by his wife of 31 years, Dr. Marian Scheer. Both were lifelong educators and proud veterans of the U.S. Armed Forces. Stan was born in Flint, Michigan on March 11, 1943 to Martin and Willodene Scheer, and grew up in Cheyenne, Wyoming. After being the first in his family to graduate from high school (Cheyenne Central, 1961), he went on to obtain three degrees from the University of Wyoming, culminating in a Doctorate degree in education. As an educator for more than 50 years, his career included stints as a 6th grade teacher, a building principal, a position with the Wyoming Department of Education, and an assistant superintendent for curriculum in two different school districts. He then went on to serve as a highly successful superintendent of four different school districts: Ferguson-Florissant in Missouri, Littleton Public Schools in Colorado, Murrieta Valley in California, and the Thompson School District in Colorado. He oversaw, and improved, the education of hundreds of thousands of students over the course of his career. Throughout his life Stan was a builder—of schools, of consensus, and of relationships—and he left each of his districts better than he found them. He has been described as smart, humble, hard-working, and filled with knowledge and integrity. But the words most often used to describe him were kind, caring, and generous. Coming from extremely humble beginnings himself, he believed education was the great equalizer and he dedicated his life to providing educational opportunities to kids from every background. That often included acts of quiet generosity, such as secretly purchasing band instruments or anonymously funding scholarships for students in need. He possessed a strong Christian faith, and he believed that no amount of generosity on his part could exceed the blessings he had received in his own life. His legacy of service, dedication, and generosity to others was memorialized in a Gubernatorial Proclamation declaring December 13, 2020 to be Stan Scheer Day in the State of Colorado. He will be deeply missed by many. Stan is survived by his brothers, Dennis and Rick Scheer; his five children, Cindy Allison McVay, Jim Allison, Stacey Laurent, Darin Scheer, and Cory Scheer; his 13 grandchildren, and a great-grand child. Nothing would make Stan happier than knowing that, even in death, he continued to provide opportunities for students in need. Accordingly, in lieu of flowers, the family requests that donations be made to either of the Student Opportunity Scholarships that have been established in his honor. www.thompsontef.org www.tinyurl.com/ScheerScholarship Celebration of Life Service, 2:00 p.m., Tuesday, January 12, 2021 at Crossroads Church, Loveland will be live streamed at: https://vimeo.com/499819105 The password to the video is: scheer. Recording will start at 1:40 with Service beginning at 2:00 p.m.

Dr. Stan Scheer, 77, of Windsor, Colorado and Murrieta, California, passed away on December 13, 2020 from Covid-19. He was preceded in death six days earlier by his wife of 31 years, Dr. Marian Scheer. Both were lifelong educators and proud... View Obituary & Service Information

The family of Stanley Martin Scheer created this Life Tributes page to make it easy to share your memories.

Send flowers to the Scheer family.