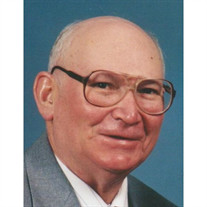 LTC Robert "Bob" Leland Larzalere Ret passed away on Tuesday, April 26, 2011, in Fort Collins, Colorado. Bob, the son of August "Gus" William and Myrtle Beck Larzalere was born on December 1, 1928 in Minneapolis, Kansas. Bob was the middle child of three sons. His brothers were pilots in the armed forces and both died going down with their aircraft: Lt. J.G. Charles Reid Larzalere at Pensacola, Florida in 1950 and 1st Lt. Lawrence Keith Larzalere in Korea in 1954. While at the University of Kansas Bob met his beloved, Gertrude Heideman. They married on January 3, 1953 in Seneca, Kansas. After Bob's graduation 1946 from Hays KS High School he was able to fulfill his dream by immediately enlisting in the United States Navy. Upon completion of the eight-week Navy boot camp at San Diego he was ordered to the United States Naval Air Technical Training Center at Jacksonville, Florida for training in Aviation Fundamentals. This was followed by Aviation Boatswain Mate School in Philadelphia aboard the USS Block Island for the shipboard phase. In May 1947 Bob reported to the aircraft carrier USS Palau and served on that ship during operational tests in the Caribbean during the summer of 1947. Transferred to the USS Siboney CVE 112 he participated in duty in the Atlantic and the Mediterranean. In the summer of 1948, based on a competitive examination, Airman Larzalere was selected for a Naval ROTC scholarship. Following the successful completion of the U.S. Naval Academy and College Preparatory School at Bainbridge, Maryland in August 1948 he was sworn in as a Midshipman, USNR and entered the Naval ROTC program at the University of Kansas. In 1952 Bob graduated from KU and was commissioned a second lieutenant in the U.S. Marine Corps. He was ordered to Quanitco, Virginia for the Marine Officer Basic Course and then to Fort Belvoir, Virginia to attend the U.S. Army Company Officer Engineer Course. His next duty station was Camp Lejeune, North Carolina, then flight training at Pensacola, Florida. He was promoted to 1st Lieutenant on December 6, 1953 and was assigned to the Marine Corps Staging Regiment at Camp Pendleton, California. Bob completed his tour of duty with the Marine Corps at the Supply Forwarding Annex in San Francisco. In September 1954 he was assigned to the Marine Corps Reserve and returned to civilian life in Kansas. He continued to serve in the U.S. Marine Corps Reserve until January 1958 when he was commissioned 1st Lieutenant, Artillery, in the 135th AAA Battalion, Kansas Army National Guard. When 1st Lt. Larzalere joined the Kansas National Guard, he was the fourth generation of the Larzalere family to be associated with it. In the 1890s his great-grandfather, William Larzalere, attained the rank of Brigadier General. During the reorganization of the KANG in 1963, Captain Larzalere was transferred to the 195th Engineer Group Const headquartered in Iola, Kansas. Eventually promoted to Brevet Colonel, Bob retired from the KANG in 1974. As a member of the Kansas Rifle Team, Bob competed nationally at Camp Perry, Ohio. While in Iola, Bob and Gert were members of Uplift, a book group, and were active in the Iola Community Theatre and he had leading roles in The Crucible and Arsenic and Old Lace. Bob then successfully passed the federal service entrance examination and began his second career as an Air Traffic Control Specialist. He was assigned to the Flight Service Station in Trinidad, Colorado and retired in 1987. After Bob's retirement Gert and he moved to Fort Collins, Colorado to be closer to their children. Bob's many passions included Western and military history, reading, hunting, fishing and philately. Although Bob was an avid fan of the Jayhawkers he never missed watching Navy's football team, especially the Army-Navy game. During this last phase of his life, Bob joined the Westerners and the Order of Indian Wars. For years, Bob and his camcorder recorded the many activities of these groups and their trips to the Little Big Horn and to the various Western forts. An avid amateur archaeologist, Bob identified the site of Custer's 1869 camp near Hays on the banks of Big Creek. He was a life member of the National Rifle Association, of the National Guard Association of Kansas and the United States Reserve Officers Association, and the American Philatelic Society. His memberships included Marine Corps League, the American Legion, the Veterans of Foreign Wars, the Kansas Historical Society, the Order of the Arrow, the Order of Indian Wars, and the Custer Battlefield Association. He was a past president of the Hays Lions Club and the Hays Jaycees. Bob is survived by his widow, Gertrude, of the home, four daughters, Jeanne Jonathan Bloom, Marie Klaus Krizanovic, Linda Rick Bohn, and Laura Dave Carter, and his son, Charles Denise Larzalere. Also surviving Bob are his beloved grandchildren: Nicholas and Brett Larzalere, Brandon and Jordan Krizanovic, and Kyle and Kaitlen Carter. The funeral service will be held at 1:00 p.m. on Friday, April 29th at Bohlender Funeral Chapel, 121 West Olive parking in the lot to the south of the building. There will be open viewings at Bohlender from 9:00 a.m. to 4:00 p.m. on Thursday, April 28th, and from 9:00 a.m. to 1:00 p.m. on Friday, April 29th. Graveside military service and interment at Grandview Cemetery, 1900 West Mountain Avenue. In lieu of flowers, the family requests that donations be made to the Marine Corps League or the American Cancer Society.

The family of Robert Leland Larzalere created this Life Tributes page to make it easy to share your memories.

Send flowers to the Larzalere family.