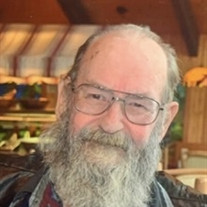 Passing peacefully in his sleep, Norman Paul Neumon has entered a new life after a long illness. While remaining at home, Norman was cared for by his wife, Viva, of 40 years, her children Laura Dart of Fort Collins, Co. and George McCambridge of Arkansas. Norman was loved by two grandchildren, Derek and Rebecca and recently born great grandchildren, PJ and Rowan. Norman was born in Albuquerque, New Mexico on September 14, 1946 to Bert Paul and Elsa Marie Neumon. He graduated from Manzano High School in Albuquerque in 1964. Norman joined the United States Navy in 1965. Serving two tours in Viet Nam he was recognized with the National Defense Service Medal, Vietnam Service Medal with two Bronze Stars and a Meritorious Unit Commendation. As the Internal Communications Technition, he served aboard the USS Weiss and the USS Floyd County. Upon his honorable discharge from the Navy in 1971, Norman continued his education at DeVry Technical Institute in Phoenix, Arizona. He became an Electrical Engineer and worked at Woodward Governor Company in Fort Collins, Colorado. While employed at Woodward Governor , he worked on the Alaska Pipeline and Naval Seapac spending time in Japan. He retired in 2005 after 32 years of service. Norman enjoyed many hobbies and loved his Colorado family and life. He was an avid hunter, fly fisherman, active in muzzle loading, bowling, coin collecting and horseshoes. Norman was inducted into the National Horseshoe Hall of Fame in 1994. Norman is preceded in passing by his parents and his brother Stephen James Neumon. He is survived by an extended Colorado family, his Albuquerque family Julie and Fred Ambrogi and children and his Texas sister, Kristine Fambrough and family. He is an uncle to many nieces and nephews throughout the United States. His Colorado family will plan for a Celebration of Life memorial service with honors as allowed in mid to late summer. The family requests that in lue of flowers, donations be given to Accent Hospice or VFW, both in Ft. Collins, Colorado.

Passing peacefully in his sleep, Norman Paul Neumon has entered a new life after a long illness. While remaining at home, Norman was cared for by his wife, Viva, of 40 years, her children Laura Dart of Fort Collins, Co. and George McCambridge... View Obituary & Service Information

The family of Norman Paul Neumon created this Life Tributes page to make it easy to share your memories.

Passing peacefully in his sleep, Norman Paul Neumon has entered...

Send flowers to the Neumon family.