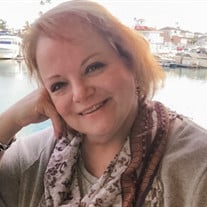 To Whom it May Concern, I am writing to give my highest recommendation of Dr. M. Gayle Wernsman. Having been her daughter for 36 years, I believe I am uniquely qualified to speak on her behalf. Gayle was born in Fort Morgan, Colorado on March 20th, 1952, to Melvin and Phyllis (Bowles) Dollerschell. As a daughter, she was an inspiration to her mother and a best friend to her father. Gayle had a large extended family which would continue to grow through the years. She became a big sister in 1953 when C. Jospeh Dollerschell was born. As a sister, Gayle was the leader. She saw herself as Lucy and her brother as Linus (“Peanuts”). Gayle spent her early years with her family on a farm in Stoneham, CO. In 1957, they moved to Sterling, CO where Gayle attended kindergarten through 12th grade. As a student, she was known to rile against policies she felt unjust, especially for women. Thus, she was the only female in the school’s “boys only” mechanical drawing class. She graduated from Sterling High School with the Class of 1969. In 1969, Gayle agreed to a double date and met Charles T. Wernsman (Charlie). The two were married on August 27th, 1971, at St. Peter’s Catholic Church in Fleming, CO. She would have preferred to be married in a field holding a bouquet of wheat but that wasn't done then. As a wife, she was strong-willed and caring. Gayle and Charlie made Fort Collins, CO their home. In 1981, they purchased a historic house which Gayle would dedicate the rest of her life to restoring. She also lent her services to the wallpaper restoration of Fort Collins’ historic Avery House. During the 1980’s, Gayle and Charlie opened a store called “Holidays” in the historic Commercial Bank and Trust Co. building. Gayle’s favorite holiday was Christmas and she filled the store with Christmas cheer all year long. Gayle felt strongly about the importance of higher education. She received a Bachelor of Science with a major in Housing and Design (1975), Master of Science in Consumer Sciences and Housing (1981), and Doctor of Philosophy in Education and Human Resource Studies (2008) all from Colorado State University (CSU). In 1984, Gayle gave birth to her only child, Kathryn Gayle Wernsman. As a mom she was a role model and friend. She was endlessly supportive and raised me to be who I am today. I will never forget the adventures we had, the amazing parties she threw, and all the simple mother/daughter moments we shared. She wove her magic throughout my childhood. In 1990, Gayle accepted an Interior Design faculty position at Indiana University of Pennsylvania. Gayle returned to Colorado in 1994 and continued teaching at CSU and Front Range Community College, as well as doing Interior Design work for clients. As a professor she was inspiring and encouraging. She was deeply proud of all her students and what they would go on to accomplish. In 2018, Gayle gained a son-in-law when I married Sean P. Belden. As a mother-in-law, she was warm and welcoming. On January 4th, 2021, Gayle unexpectedly left our world and entered yours. Gayle was a strong-willed woman who held on to what she believed was right. A college student could always count on her for a meal. A worthy cause championed by someone she knew would always receive a donation. She was warm and encouraging to those she loved. Many called her "Mama Gayle". She was constantly creating: crafting, designing, and making music when she played her piano. She loved dogs, especially Scottish Terriers, although a few other breeds captured her heart along the way. She was passionate about the ocean and took her role as a Pisces seriously. Gayle believed in energies beyond our world and understanding. There was always a touch of the mystical about her. Gayle had several true friends throughout her life, and she cherished their friendships. A few of them, along with her father, grandparents and other family members, left our world before she did. She looked forward to being reunited with them on the other side. Thank you for taking a moment to consider Gayle for a place in your world. You will find her to be an interesting companion as she fills your time with stories and jokes. She will leave everything a little better than it was before she arrived. She will be a leader. Here, she will be remembered as a woman who broke down barriers, created beautiful things, and supported those she loved. I am so proud to call her my mother and I will remember her every day for the rest of my life. You’ve probably been wondering why you’re reading a letter rather than a traditional obituary. I’ll leave you with this thought: Gayle believed that just because something has always been done one way, that doesn’t mean it’s the best way. Per Gayle’s wishes, her ashes will be spread in the Caribbean Sea near Grand Cayman, her favorite place in the world. Peach Bellinis and a picnic lunch will be served. For details, please contact a family member. A memorial photograph of Gayle, Phyllis A. Jackson (one of her best friends), and me has been placed in the china cabinet at the Brown Palace in Denver, CO for anyone who would like to visit. While you’re there, have a cup of tea in her honor. Sincerely, Kathryn G. Wernsman Belden

To Whom it May Concern, I am writing to give my highest recommendation of Dr. M. Gayle Wernsman. Having been her daughter for 36 years, I believe I am uniquely qualified to speak on her behalf. Gayle was born in Fort Morgan, Colorado... View Obituary & Service Information

The family of M. Gayle Wernsman created this Life Tributes page to make it easy to share your memories.

To Whom it May Concern,

I am writing to give my highest recommendation...

Send flowers to the Wernsman family.