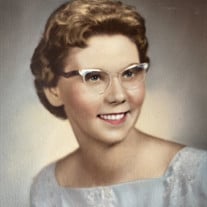 “Dank je dat je altijd mijn regenboog na de storm wilt zijn.” “Thank you for always being my rainbow after the storm.” Marilyn Jane Gilbert was a caring wife, mother, grandmother, sister, and friend. She left this world suddenly on October 28th, 2021 at age 85. She was born to Ted Kooima and Frances (Harmelink) Kooima on July 5, 1936, in Rock Valley, Iowa, where she lived on a farm with her six siblings. (Lloyd Kooima (deceased), Roger Kooima, Lyle Kooima, LaVonne Kooima Hira, Linda Kooima & Carol Kooima Young. Marilyn loved sharing funny stories and antics about herself and her comically funny Dutch family, especially those of her life on the farm. After graduating from high school, Marilyn followed her dreams to become a teacher and attended Augustana College in Sioux Falls, SD, Northwestern College in Orange City, IA, and the University of Colorado, Colorado Springs, CO. She was a thoughtful and creative teacher; she even taught in a one-room schoolhouse! While teaching in Rapid City, South Dakota, she met her husband, Gail Gilbert. The story of how they met is one her children cherish (it involves another boyfriend and a teeny-tiny sports car!) and set the tone for their marriage of almost 60 years. Gail’s nickname for Marilyn was “Merrily” – and that is how he addressed every card to her, signed, “Love, Your Special Someone”. Together, they had three children: Steven, Debra, and Janna. Marilyn loved spending time in the kitchen, creating meals & baked goods for her family. Neighborhood children would gather around the kitchen table for after-school cookies; the “neighborhood ladies” would come by for afternoon coffee. When Marilyn's children grew and their interests changed – she adapted – she was the Mom known for hosting her son’s rock band rehearsals in the basement! Marilyn was also a talented piano player & avid reader; she passed her love of music & literature onto her children & grandchildren. She also loved a good joke and always had a funny quip or pun to share. Loved ones that recently cleared the path for Marilyn are her husband, Gail V. Gilbert, and Son-in-Law, David Nix. Loved ones that will miss Marilyn until they meet again are her son and daughter-in-law Steven Gilbert and Roberta Gilbert; daughters, Debra Nix, Janna Gilbert & son-in-law, Denny Basham; and her grandchildren (Marilyn’s grandchildren were her heart and joy) – Zachary Gilbert (wife, Sadie Gilbert), Jordan Jacoby, Anna Nix, Ashley Filippone (husband Jared Fillippone), Jentry Hartford and great-grandchild, Amelia Fillipone. In lieu of funeral services & flowers, and to honor Marilyn’s character, the family asks that donations be made to: • https://tgpdenver.org/donate/give-now.html • https://www.honservice.org/get-involved/donate.html If you have a story or a memory to share – please feel free to post it on this site for Marilyn’s friends & family to read & enjoy.

The family of Marilyn Jane Gilbert created this Life Tributes page to make it easy to share your memories.