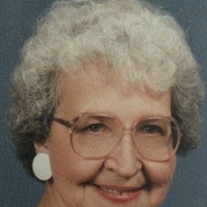 Louise Ellabeth Gleason, formerly of North Platte, Nebraska, passed away November 23, 2020 in Fort Collins, Colorado. Ellabeth was born on September 10, 1929 to James Harold and Jennie Lee (Hodges) Lotspeich, near Bingham, Nebraska. She was the middle of three children with an older brother (Lloyd) and a younger brother (Kayo), and lived most of her early life in the sandhills of Nebraska. Ellabeth had a love for children and carried that love into a lifelong career as a teacher. Immediately after graduating high school, she began teaching at country schools in the sandhills, often riding to the school on horseback on Sunday and returning Friday afternoon. She continued her education, taking summer classes and correspondence courses to attain a teaching certificate. She also attended Peru State College for a year, and in 1961 received her Bachelor’s degree in education from Chadron State College. In addition to the country schools, Ellabeth also taught at Hyannis elementary in Hyannis, Nebraska, and then at Cody grade school in North Platte until her retirement. In addition to teaching full-time, Ellabeth managed to raise three children along the way, supporting their academic, church, social and sports activities. In later years she also provided a home for her elderly widowed mother. A devoted fan of University of Nebraska football, Ellabeth followed the Huskers faithfully year in and year out, and was proud of her Big Red sweatshirts and memorabilia. She was a longtime member of the Methodist church in North Platte, singing in the choir and participating in women’s groups and bible studies there. Survivors include her brother Kayo (Judy) Lotspeich, sons James (Karen) Gleason, Michael (Helen) Gleason, daughter Patricia Gleason, and many grandchildren and great grandchildren. Ellabeth was preceded in death by her parents and her brother Lloyd Lotspeich. Interment will be at the Hyannis Cemetery in Hyannis, Nebraska.

The family of Louise E Gleason created this Life Tributes page to make it easy to share your memories.

Send flowers to the Gleason family.