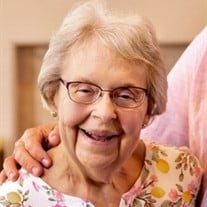 Lois Heiden, 74, passed away peacefully at Medical Center of the Rockies on September 12, 2020 after a brief illness due to complications from Parkinson’s Disease. Lois was born in Kemmerer, Wyoming to Louis Elmer Olson and Louise Edna Gurney. Lois grew up on her parent’s ranch east of Big Piney, Wyoming along with her brother and three sisters. Lois and her family moved to Colorado in 1960 where she later graduated from Fort Collins High School. She worked at a number of iconic Fort Collins businesses while going to high school, including the Lyric and Fox theaters, and Hamilton’s Bakery inside the Steele’s Market on Mountain Avenue. She fell in love with Lorrie Heiden of Wellington, Colorado while in high school, whom she continued to date while attending the Barnes School of Commerce in Denver, and later while working at the Horticulture Department at CSU. Lorrie was drafted into the Army and Lois and Lorrie were married and moved to Fort Hood where Lorrie was stationed in Killeen, Texas. Upon Lorrie’s discharge from the Army, Lois, Lorrie, and their newborn son, Jay, moved to Wellington, Colorado where they later had Shelli. Lois began working at the US Post Office in Wellington. Lois loved working at the post office, where she stayed for 30 years until her retirement. After retirement, she enjoyed working part-time at a sports physical therapy office greeting patients. Talking to people of all ages brought her so much joy. Lois was a loving and devoted wife to Lorrie, and a dedicated mother to Jay and Shelli. She enjoyed watching sunsets with Lorrie and having some chocolate wine. She relished visits from her “babies” (the grand babies) whom she adored. She looked forward to frequent visits with friends, road trips with Lorrie, and spreading her kindness in so many ways. Her thoughtful, compassionate and often silly nature will be sorely missed. A kinder soul would be hard to find. Lois is survived, and will be dearly missed by, her loving husband of nearly 54 years, Lorrie Heiden, and her children: Jay (Kristen) Heiden, and Shelli (Wes) Morley; her grandchildren: Brendan Oldham, Rachel Heiden, Jessica Heiden, Brittany Oldham, and Jailee Heiden; and her great-grandson: Aiden Heiden. She is also survived by her sister, Mary Olson, sister-in-law Sharon Inloes, and so many nieces, nephews, cousins and close friends who have been an important part of her life. Lois was diagnosed with Parkinson’s Disease in 2009 and while she managed her symptoms gracefully, it’s a terrible disease. Please consider making a memorial contribution in her name to parkinsonrocky.org. A Celebration of Life will be convened at a later date.

Lois Heiden, 74, passed away peacefully at Medical Center of the Rockies on September 12, 2020 after a brief illness due to complications from Parkinson&#8217;s Disease. Lois was born in Kemmerer, Wyoming to Louis Elmer Olson and Louise Edna... View Obituary & Service Information

The family of Lois Anne Heiden created this Life Tributes page to make it easy to share your memories.

Lois Heiden, 74, passed away peacefully at Medical Center of...

Send flowers to the Heiden family.