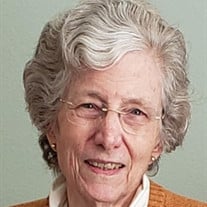 Linda Ann Rose was born Linda Ann Hunt in Pasadena, California on November 2, 1940, to Esther Richards and Clayton Hunt. Linda attended schools in California and earned a bachelor’s degree in journalism. She was a graphic artist for a small newspaper in Grand Junction, after which she owned Rose Appraisals until her retirement. She was a member of League of Woman Voters, Colorado West Quilters Guild, and was a friend of Mesa County Library. She enjoyed reading, taking care of her cats, having lunch with “the lunch bunch”, making quilts and wall hangings. Linda was divorced from her first husband, Mike Fleischer, when she met and married Glen Rose in 1973. They remained in Grand Junction where they lived with their cats and worked. Linda was preceded in death by her parents, and her husband, Glen (September 12, 2000). Linda lived independently until May 2021, when she was hospitalized at St. Mary’s Hospital in Grand Junction, Colorado. So she could be close to a family member, she was moved to Brookdale Senior Living in Fort Collins, Colorado in July of 2021. She lived there until June 7, 2022, when she had a stroke and was admitted to Poudre Valley Hospital in Fort Collins. She had excellent care with PVH medical personnel and was followed by Pathways Hospice for her remaining time. She died June 12, 2022, at PVH. Linda leaves behind her stepdaughter, Cindi Jackson (Tim) of Fort Collins, Colorado; and stepson, Randy Rose (Anna) of Roswell, Georgia. Linda had 3 granddaughters, Chasity, Tamara, and Michelle, all of whom live in Georgia. She also had 2 great grandsons in Georgia, Nicholas and Oliver. Linda was a tissue donor with Donor Alliance taking care of that aspect. Bohlender Funeral Chapel is handling the final arrangements, and her remains will be taken to rest alongside Glen’s on the Grand Mesa in Colorado. There will be a private service at a later date.

Linda Ann Rose was born Linda Ann Hunt in Pasadena, California on November 2, 1940, to Esther Richards and Clayton Hunt. Linda attended schools in California and earned a bachelor&#8217;s degree in journalism. She was a graphic artist for... View Obituary & Service Information

The family of Linda Ann Rose created this Life Tributes page to make it easy to share your memories.

Send flowers to the Rose family.