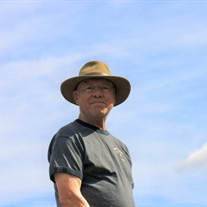 John Danial "Dan" Valerius Dan passed away May 14th, 2021 in the mountains that he loved. He was born in Fort Collins, Colorado, on Christmas Eve in 1949. When he was growing up, he spent his summers helping his Grandpa Valerius up at Chambers Lake checking water flows for the water supply and storage. Even though he had many chores to do, he loved every minute. Later on, he spent a summer working for the same water company with his Uncle Don Valerius. Every day he would walk down the ditch from Long Draw down to Grand Lake. Another summer he worked for Virginia Hayward as a ranch hand at Twisty Park Guest Ranch. He took guests on horseback rides to the lake, teaching them to fish and then cook their catch, and of course, other chores as well. While he was at Fort Collins High, he joined the football team. He had to bulk up for the season so he spent the summer working for Wilford Ranch in Pearl, Colorado. At this ranch, Dan did all of the haying with draft horses and wagons. He had long days, but he was fed very well. Because it was bad luck, he wasn't allowed to take a bath until the end of haying season. so he would accidentally (on purpose) fall off his horse into the river so he could rinse himself off. He never forgot about those summers in the mountains. He graduated from Fort Collins High School in 1968. Dan was also on the swim team at Poudre High School, since his highschool didn't have a swim team. During his teens, he joined the PRCA as a rodeo clown. He and his partner, Junior Nix, would travel across Wyoming, Colorado, and Nebraska performing at rodeos. Dan was the barrel man and was called Mushy. He never got hurt but there were several close calls. Dan married Terry Smith on June 14th, 1969. His son John Anthony Valerius was born August 1970, and his daughter Becky was born December 1973. Dan started working at Ideal Cement Colorado in Laporte, Colorado in 1973 and worked there until 1986. He worked his way up from laborer, and then again up to the control room. While he was there, he moved the family to Wellington, Colorado. Dan joined the Volunteer Fire Department, where he went on every call as he lived so close to the fire station. He also was in several parades. In 1992, Dan started working for the Wyoming Department of Transportation (WDOT). He was working in the Materials Lab and then he moved to Planning. He traveled the state measuring bridges, signs, and overpasses. He retired from WDOT in 2015 after 22 years. He loved retirement because he could focus on fishing, camping, and panning for gold. He started working with wood where he made Christmas ornaments, boots, bowls, and a set of miniature Santa Clauses. He also made nightstands, blanket chests, and doll cradles for most his granddaughters. He made homemade furniture such as an armoire and pantry. Dan made handmade miniature cowboy botts for all of his family members as a Christmas present in 2020. Dan was also involved in archery and entered the senior Olympics when they were in Cheyenne. He won several medals. He made the grandkids their own homemade bows and arrows and taught them how to shoot. Dan was the family historian. Recently, he compiled and cataloged newspaper articles and letters from the 1800's to the 1920's pertaining to his Great Grandfather's life and family from North Park and South Wyoming. Burr Lobdell owned and operated the Wolverine Copper Mine in Pearl, Colorado. Dan loved to research his family history and he collected as many letters as he could from the old days. If you'd ask him about North Park, he would always gave the answer. Family was the most important thing for Dan. He loved his kids and his grandchildren. He couldn't imagine a day without them. In the summer, it was four wheeling, zip lining, fishing, boating, visiting historical sites, panning for gold, or just taking a walk through the forest. In the winter, it was snowmobiling, ice fishing, and tubing. He would get up early to enjoy the sunrise in the mountains and see the wildelife around him. He was always there when someone needed him. Dan is survived by his wife Terry, cousin Tina Crowe, son John and his fiance Tracy, grandchildren; Adele, Rachel, Shea, and Dominic, daugther Becky and her husband Jason Meyers, granddaughters; Ashley, and Sammy, and his first great granddaughter on the way. We are going to miss him terribly, especially his sense of humor. Cremation of his remains has taken place. A private family ceremony will be held in North Park at a later date.

John Danial "Dan" Valerius Dan passed away May 14th, 2021 in the mountains that he loved. He was born in Fort Collins, Colorado, on Christmas Eve in 1949. When he was growing up, he spent his summers helping his Grandpa Valerius up at Chambers... View Obituary & Service Information

The family of John Danial Valerius created this Life Tributes page to make it easy to share your memories.

Send flowers to the Valerius family.