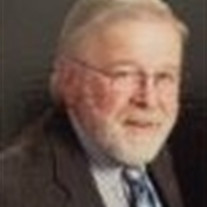 Jerry Frank Svoboda, son of Jerry and Eleanor (Bower) Svoboda, was born October 15, 1936 in Lincoln, Nebraska. He passed from this life on May 28, 2020 at his home in Poudre Park, Colorado, at the age of 83. Alongside him were his youngest son, Troy, daughter-in-law, Jennifer, and his black lab and best buddy, Coal. Jerry grew up in St. Paul, Nebraska where he worked on the family farm with his father and later graduated from St. Paul High School in 1955. He married Shirley Elaine VanDeVoorde on November 8, 1958 at Weyerts Church in Lodgepole, Nebraska. There were three sons born to this union: Matthew Charles, Jeffrey Scott, and Troy Edwin. Most of Jerry’s career was spent as a licensed barber in Nebraska and Colorado. During his time as a barber in Nebraska, he taught for eight years at the Lincoln Barber College. He also held numerous officer roles with the State and Local Barber Associations including President of the Nebraska Barber Association. In 1978, Jerry was named the "Nebraska State Barber of the Year”. In 1981, Jerry and Shirley moved to Ft. Collins, Colorado where he worked in Quality Control and Mechanical Inspection at Woodward Governor. When a position opened at Woodward Barber Shop, he then returned to the barber chair and continued working at Woodward until his retirement in 1999. Even after retiring, he continued to cut hair for his friends and family. Jerry had many hobbies and was actively involved in the communities where he lived. He pitched in numerous Horseshoe Tournaments and several of the World Horseshoe Pitching Championships over the years. In Lincoln, Jerry was actively involved in Northeast Community Church, Northeast High School Parents Advisory Board, and Farmhouse Fraternity. In Colorado, he attended Christ United Methodist Church and was active as a trustee, usher, and member of the men’s group. Jerry spent countless hours volunteering at Buckhorn Methodist Church Camp building cabins, beds, providing general maintenance, and anything else that was needed to get the camp ready for kids, groups, and families. After Shirley passed away in March of 1998, Jerry continued to volunteer at Buckhorn Camp, including helping to build the cabin named in memory of Shirley. From his time volunteering at Buckhorn, Jerry fostered many relationships and leaves behind many close friends. Jerry had also been a Volunteer Firefighter for the Fire Department in Poudre Park. When Jerry was not volunteering, he could be found traveling throughout the Midwest to attend almost every one of his granddaughters’ numerous sporting events and graduations, accompanied by Maxine Smith, a special friend from Fort Collins. Jerry and Maxine were part of the Summer Bummers Club and had a great time camping with this group and with family. They also enjoyed attending coin and token shows across the Midwest which has cultivated numerous cherished friendships. Both were active at Christ United Methodist Church and for many years enjoyed the Breakfast Club group with church friends. Jerry leaves his family legacy of Matt (Maria Moore) of Kansas City, MO, Jeff (Theresa) of Lincoln, NE and Troy (Jennifer) of Mitchell, NE; eight granddaughters Morgan (Travis) Anderson, Malarie (Zach) Schnell, Natalie (Zach) Starostka, Katherine (Jay) Ostmeyer, Sarah (Shane Weyrich), Amy, Rebecca, and Jessica; four great-grandchildren Allison and Crew Schnell, Avery Anderson, and Oliver Starostka; Brother-in-law Darryl Conger and special friend Maxine Smith and family. A service is scheduled July 9th, 2020 at 10AM at Christ United Methodist Church in Fort Collins and a luncheon following the services at Buckhorn Methodist Church camp. Memorials have been established and can be sent to 198 Poudre River Rd Bellvue CO, 80512 for Buckhorn Methodist Church Camp and/or the Poudre Park Fire Station. While we mourn Jerry’s passing, we rejoice in the faith that he is now reunited with his beloved wife Shirley, parents, and sister Mary Conger.

Jerry Frank Svoboda, son of Jerry and Eleanor (Bower) Svoboda, was born October 15, 1936 in Lincoln, Nebraska. He passed from this life on May 28, 2020 at his home in Poudre Park, Colorado, at the age of 83. Alongside him were his youngest... View Obituary & Service Information

The family of Jerry F. Svoboda created this Life Tributes page to make it easy to share your memories.

Send flowers to the Svoboda family.