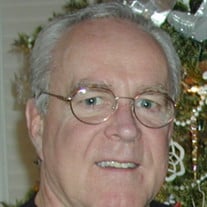 Jerry Lee Borman, age 74, died peacefully in the presence of his loving family on May 24,2022 at Poudre Valley Hospital, Fort Collins Colorado. Jerry was born on July 17,1947 in Gordon, Nebraska to Doug and Bessie Borman. His mother described him as a “feel good person” explaining he always wanted the people around him to be happy. He continued making people happy throughout his life. After graduating from Gordon High School, Jerry attended Creighton University before he was drafted into the Army where he served in Army Intelligence for three years. There was little he was able to tell his family about his work in Army Intelligence as it included involved infiltrating the Black Panther organization in Chicago. While there, Jerry met and married his first wife, Cathy. He moved Cathy, her son Richard, and their young son Marcus home to Gordon. One more son, Jason joined the family. Looking for new opportunities, Jerry moved with his family to San Diego, California. Later, after separating from Cathy, he returned to Nebraska in 1980 and lived in Scottsbluff, where he was the General Manager of the Chevrolet dealership. In Scottsbluff, Jerry met and married the love of his life, Janet Baumgartner on December 10,1982. In 1992 the couple moved to Fort Collins. Jerry then joined Half a Car, a subsidiary of the Ford Motor Company. This position enabled him to travel the world. This was a wonderful experience for Jerry allowing him to then take Jan to his favorite cities and countries. In more recent years Jerry stayed close to home and working as his own auto broker in Fort Collins and then retiring about 5 years ago. Jerry was the proud grandfather of five amazing grandchildren, girls Nicole, Sabrina, and Aila, and boys Kiran and Caden. He loved visiting with them in person and on the phone, keeping up with all their shenanigans and accomplishments. Jerry is survived by his wife of almost forty years, Jan; his sons Marcus (Jeannette Valenciano-Borman), and Jason (Anita Kapoor-Borman), his brother John Borman, his sister Jan Mink, and many cousins, nieces, and nephews. Rosary will be Monday, May 30th at 6:00-7:00 at Bohlender Funeral Chapel, 121 W. Olive Street, Fort Collins, Colorado. Funeral Mass will be Tuesday, May 31st at 9:30 at Saint Joseph’s Catholic Church, 300 W. Mountain Avenue, Fort Collins, Colorado. A lunch reception will be held at Saint Joseph’s immediately following the Mass. Interment with military honors will follow at 1:30 pm at Grandview Cemetery. The funeral mass will be live streamed at this youtube location, https://www.youtube.com/channel/UCfTYqQ96sVNl3ED-UZFF0eA In lieu of flowers the family requests donations be made to Crazy Horse Memorial, an organization Jerry and his family have supported for many years. Crazy Horse Memorial 2151 Avenue of the Chiefs Crazy Horse, South Dakota, 57730 https://donate.crazyhorsememorial.org/?_ga=2.156208891.1900191683.1653918187-450596816.1653918187

Jerry Lee Borman, age 74, died peacefully in the presence of his loving family on May 24,2022 at Poudre Valley Hospital, Fort Collins Colorado. Jerry was born on July 17,1947 in Gordon, Nebraska to Doug and Bessie Borman. His mother described... View Obituary & Service Information

The family of Jerry Lee Borman created this Life Tributes page to make it easy to share your memories.

Jerry Lee Borman, age 74, died peacefully in the presence of...

Send flowers to the Borman family.