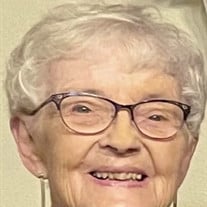 Janice Eilene Rice, 84, died on Friday, April 2, 2021 (Good Friday), after a stroke suffered on March 19. Janice was born on April 16, 1936 in Marietta, Ohio to her parents, Louise Lenora (Allely) Reckard and Frank Chapman Reckard. The family lived in Marietta, Batavia, NY, and Pittsburgh, PA, before moving west to Cheyenne, WY when she was in the 3rd grade. During the summer before her 8th grade year the family moved to Wellington, CO. She attended Wellington High School and graduated in 1954. In December of 1954, Janice married her high school sweetheart, Edgar Lee Rice, Jr. Ed had an extended illness while serving in the US Army, and after recovering, Ed was stationed in Colorado Springs, CO. Janice worked part-time at Forney Industries and Western Electric until she gave birth to their first child, Larry Allen Rice, in 1956. Ed received an early release from the Army and the family moved to the Fort Collins, CO area. They had two additional children while Ed was in school – Sherry Norene Rice (1958) and Teresa Lenore Rice (1960). Ed’s first teaching job after college was in Minatare NE and the family moved there for a few years. They returned to the Fort Collins area again for a new job for Ed. Two more children were born – Kerry Edgar Rice (1964) and Gary Lee Rice (1966). Janice started work delivering news papers east of Fort Collins, and then started work as a substitute Rural Letter Carrier for the Postal Service. She was a substitute letter carrier for 8 years, and then had her own route for 12 more. At the time, Janice had the longest period of continuous service of any woman at the Fort Collins USPS. She took great pride in her work and went out of her way to provide excellent service. She retired at age 55 after which she and Ed enjoyed years of RV travel and snowbirding in Arizona. Janice was an active member of LaPorte Presbyterian Church where she loved singing. She also enjoyed numerous crafts and supporting her children and grandchildren, and cheering for the Poudre Impalas and the CSU Rams. Janice is survived by her son Larry, his wife Diane, their children Austin and Alyson (Dante Conti); her daughter Sherry, her husband Ernie Anthony, and her sons Bryson Wise (Johnna) and Brent Wise; her daughter Terri, and her son Beau (Katie); her son Kerry, his wife Cindy Cushman, and their children Grace, Natalie, Chelsea, Joshua and Isaiah; her 6 great-grand-children and 4 great-great-grandchildren; her sister, Margie Henneck of Lakewood, CO; her numerous cousins, nieces, nephews and extended family. Janice was preceded in death by her husband of 64 years, Ed, in 2019; her parents; her sister, Peggy Brown; her brother, Frank Reckard, Jr.; her son, Gary; her grandson, Tyson. Due to COVID restrictions, a memorial service will be held this summer and details will be forthcoming. In lieu of flowers, the family encourages donations to LaPorte Presbyterian Church or Pathways Hospice of Fort Collins.

The family of Janice E Rice created this Life Tributes page to make it easy to share your memories.

Send flowers to the Rice family.