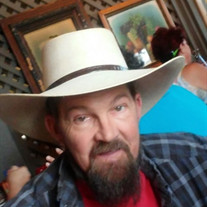 Jim Parker, 53, of Pierce, CO passed away on April 25, 2021 at 5:40 PM at University Hospital, Anschutz in Aurora, CO, suffering a fatal stroke as a complication of heart surgery at MCR in Loveland, CO. Born James Lynn Parker to Lynn and Dalene Parker of Fort Collins, CO, Jim grew up on the north side of Fort Collins at a time when the area was still mostly light industrial, farms, and fields. Growing up, Jim had a lot of interests such as baseball, bicycling, horseback riding, fishing, camping, shooting, 4-wheeling, and of course the trades. Shadowing his father, Lynn Parker, a self employed contractor and master craftsman, by the time Jim graduated from high school he was a master mechanic and craftsman in his own right. When it came to fixing or building something, there was nothing that Jim did not have the knowledge or ability to do. Knowledge and understanding were deeply important to Jim. He read at length on a lot of different topics and encouraged others to do the same. He could speak intelligently about the political situation in Thailand, the history of Russia, or even explain just how the West was won. Jim retained everything he read and he could always recall the facts. Whether a mechanic was rewiring an obscure machine, a schoolkid was struggling with a homework problem, or someone was trying to remember what kind of car their grandparents 3rd neighbor down across the street drove in 1974, they could always count on Jim for answers. To be sure, Jim’s family relied upon his memory on a daily basis. Even as a child, Jim was a natural leader, always marshaling the troops and keeping things organized. For the first part of his life, those troops were his brothers, Joe, John, and Scott, along with all of their friends. He was pretty good at marshaling his fathers employees and subcontractors too. By the time he was in grade school Jim could be found on the job site with his dad, shouting orders and guiding dump trucks into place. What's more, everyone listened because he knew what he was doing. Not one to jump around, Jim was blessed to have two honorable full time employers in his life, working first with his father, Parker Construction and Machine, until he was 25 and then with Dave Jordan of Jordan’s Tree Moving and maintenance until the end of 2020. An able mechanic, welder, carpenter, and millwright, Jim was involved with many projects outside of his day jobs and will be remembered as the guy to call when an impossible repair needed done in an impossible time frame. Jim is survived by his mother, Dalene Parker of Wellington, CO; his grandmother Evelyn Parker of Loveland, CO; his brothers, Joe (Rhonda) Parker of Douglas, Wyoming, John (Lisa) Parker of Laporte, CO, and Scott (Margrit) Parker of Firestone, CO; and two nieces, and four nephews. Jim also leaves behind a good number of cousins, and many devoted friends. Jim is preceded in death by his father Lynn Parker of Wellington, CO and his son Devin Parker of Fort Collins, CO. Jim will be interred near his father and son at Roselawn Cemetery, 2718 Mulberry Street, Fort Collins, CO 80524, at 11:00 a.m. on June 11, 2021. Charitable donations can be made to the American Diabetes Foundation or Dalene Parker who will see that they are passed along to the A.D.F.

Jim Parker, 53, of Pierce, CO passed away on April 25, 2021 at 5:40 PM at University Hospital, Anschutz in Aurora, CO, suffering a fatal stroke as a complication of heart surgery at MCR in Loveland, CO. Born James Lynn Parker to Lynn and... View Obituary & Service Information

The family of James Parker created this Life Tributes page to make it easy to share your memories.

Send flowers to the Parker family.