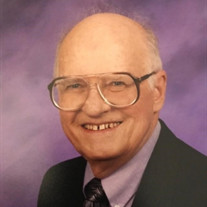 Grady Jackson (Jack) Gravlee, Sr., age 89, was born May 31, 1930 in Birmingham, Alabama to Grady Gaines and Olathe “Patsy” Gravlee. Jack married Rhonda Louise Gygax in 1953. They loved and supported each other through 57 years of marriage. He was preceded in death by his parents, his wife, a sister and one son, Grady Jackson Gravlee, Jr. Survivors include step-daughter, Rita Gygax of Missouri, and step-sons, Thomas Gygax and Monty Nash of Arizona, as well as Steve Baysinger of Texas, the close friend of his late son. After high school, Jack went into the Air Force for four years during the Korean War. After discharge, he entered Samford University (Birmingham, AL), where he received an undergraduate degree. His M.A. and Ph.D. degrees were completed at Louisiana State University (Baton Rouge, LA). Jack taught Communications at the University of Houston as well as at the University of New Mexico and Auburn University. Jack spent the final 39 years of his career at Colorado State University where he was chair of the Communications Department for fifteen years. Jack traveled extensively for international academic research, consulted in British political campaigns and authored multiple publications in his field. He was honored with a named endowed scholarship at Colorado State University. Jack and his wife were generous and gracious hosts to many national and international debate teams and he received numerous national and international awards during his career. Jack passed away at Good Samaritan Assisted Living Center, Estes Park, Colorado, on Friday, December 27, 2019. He will be sincerely missed by his many friends, kind caregivers and loyal companions. Graveside services will be at Grandview Cemetery, Fort Collins, Colorado on January 10, 2020 at 3:00 p.m. There will also be a memorial requiem mass at St. Bartholomew’s Episcopal Church, Estes Park, Colorado on January 17, 2020 at 2:30 p.m. In lieu of flowers, donations may be made to St. Bartholomew’s Episcopal Church or to the Gravlee Endowed Scholarship at Colorado State University or a charity of your choice.

The family of Grady Jackson Gravlee, Sr. created this Life Tributes page to make it easy to share your memories.

Send flowers to the Gravlee family.