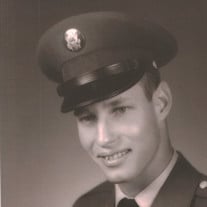 Donald William Jepson was born in Scottsbluff, Nebraska on January 5, 1947. The family moved to Colorado within 1 year. Don spent over 70 years in Colorado, so considers himself a Coloradoan. He attended St. Joseph’s Catholic School, Lincoln Junior High School and graduated from Fort Collins High School in 1965 and later graduated from Aims Community College. In high school years he worked for the Colorado Game and Fish with Gurney Crawford, reintroducing Canadian Geese to Northern Colorado. So if you have stepped in goose poop, it’s his fault. He continued working for the Game and Fish banding fledgling raptors and rehabilitating injured raptors. Upon receipt of a letter from the draft board, Don volunteered to serve his country in Vietnam as a helicopter pilot, but due to poor eyesight was unable to be a pilot. He instead signed up with the 513th engineering company as a heavy truck driver. He served for three years, rising to the rank SP5. He was released to return home on November 21, 1968. He always felt honored to serve his country and was very proud of his service. Don married Sheila Kintzley at St. Joseph’s Church on December 9, 1972 and lived in Fort Collins for a few years before being transferred with his family to manage Alpine News Distributors in Glenwood Springs where he stayed for 23 years. Besides work, the family spent time fishing, jeeping, camping, boating, hunting and rafting. Don and the family were active members of the Hi Country 4 Wheelers jeep club. Don and Sheila parted ways and he went on to run Budget Truck Rental in Glenwood Springs before moving back to Fort Collins for his retirement. Dissatisfied with life in the USA, he sold his car and bought a plane ticket to the Philippines, where he spent 5 fun years with his friend Lilly. They enjoyed travelling the islands and seeing the sights until poor health forced him to return to the U.S. in June of 2019. Don passed away peacefully at home with his family by his side on July 9, 2019. He is survived by his sister, Mary, son, Ryan, daughter, Brandi and two grandkids, Connor and Hailey. If interested in honoring Don’s memory, go out and have a cold beer in his name. A Graveside Service with Military Honors will be held 9:30 am, Monday, July 15, 2019 at Roselawn Cemetery.

Donald William Jepson was born in Scottsbluff, Nebraska on January 5, 1947. The family moved to Colorado within 1 year. Don spent over 70 years in Colorado, so considers himself a Coloradoan. He attended St. Joseph&#8217;s Catholic School,... View Obituary & Service Information

The family of Donald W. Jepson created this Life Tributes page to make it easy to share your memories.

Donald William Jepson was born in Scottsbluff, Nebraska on January...

Send flowers to the Jepson family.