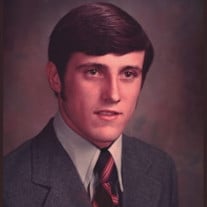 David Dwight King was born on November 7,1956 to Dwight and Arlene (Minch) King in Fort Collins, Colorado. He was the third of three children and the couples only boy and their Pride and Joy. Dave was a soft spoken & quiet person with an amazing work ethic and this was evident in him right from the start. Dave attended school in Fort Collins, Colorado and Graduated from Ft. Collins High school in 1975. Dave’s wrestling skills earned him a scholarship to Mesa College in Grand Junction, Colo. You could catch Dave for an early morning T-time at an annual fundraiser golf tournament. He enjoyed pheasant hunting in North Dakota, fishing, woodworking with his dad. When he was younger he would take his kids up on the slopes & do a little family time ski outing. He loved to play poker & would on an occasion have the boys over for a card game. Dave was a Bronco’s fan as well as Colorado Rockies & he & his Dad would get together every Sunday to watch a game & enjoy a home cooked meal. His mother’s food was a favorite of Daves any day of the week. Every Christmas was spent with his children & grandchildren in ND. His grands were the apples of his eyes. And each had their own special fairy sprinkles to delight their Poppee’s heart ♥️. Following high school Dave went to work in the asphalt industry which he worked in his entire career. He worked for the same company( w the exception of his time spent in Grand Junction working for Elam Construction)from the time he was 18 years old, and began his journey in the industry as a laborer. He worked until the day he died. He was an area superintendent at the time of his death. He dedicated himself entirely to his work and worked incredibly hard his entire life. David was a mentor to many in the industry who will feel a great void in his absence. He has been referred to as a “legend” and one who will be irreplaceable. He worked initially for Sterling Mobile which later became Western Mobile, followed by Lafarge Asphalt. The last time the company switched hands it became Martin Marietta which David was set to retire from in six weeks, January 2022. Dave met his wife, Sherry ( Fredericks) King of 39 years and the one who would become the mother to his children- in 1978 while she was attending UNC. They were married April 18th 1980 in Las Vegas, Nevada. Dave and Sherry made their home in Ft Collins when they were blessed with their son, Jarin, in 1980 & their daughter, Cassandra Brooke, in 1982. Dave adored his children and they equally loved him and both have an immense amount of respect for their dad. He will be missed deeply by his family. The hardest lesson for his family and for Dave is that of time. Our tomorrow’s are never promised and eventually our tomorrow’s run out. The thing that will be the regret of a lifetime, is their taking precious time for granted. How quickly things can look very different for a family and how quickly life can slip away from you. Dave is loved deeply, and he leaves a huge void in the lives of his family. Dave is preceded in Death by his grandparents, O.D. & Thelma King, & Minch and a nephew, Beau Dave is survived by his his parents Dwight and Arlene King, his sisters; Pam Cofer, and Diane(Kim) Harvey; his ex-wife Sherry King and their Children, Jarin King, and Cassandra (Brett) Haider; his 9 grandchildren, Jayden(23), Luke (21) Kylee(18),Evelyn (11), Ella (9), Emma (5), Britney(4)Bentley(3) and Aubrey(1). Dave is survived by many cousins, nieces, nephews and friends. A celebration of his life will be held at 2 pm, Saturday, November 13, 2021 at the 4H Building, 1229 D Street, Greeley, CO.

David Dwight King was born on November 7,1956 to Dwight and Arlene (Minch) King in Fort Collins, Colorado. He was the third of three children and the couples only boy and their Pride and Joy. Dave was a soft spoken & quiet person with an amazing... View Obituary & Service Information

The family of David Dwight King created this Life Tributes page to make it easy to share your memories.

David Dwight King was born on November 7,1956 to Dwight and Arlene...

Send flowers to the King family.