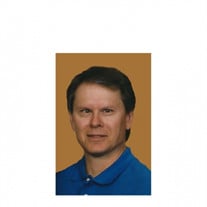 David W. Jung passed away on February 1, 2020 at his Fort Collins home after a 9-month battle with pancreatic cancer. He was born on October 23, 1960 in Dickinson, ND to William and Alice (Frieze) Jung. Dave graduated in 1978 from New England High School, where he was active in sports and FFA. After high school, he went to work for Custom Combiners before attending Bismarck Junior College from 1978 to 1979. In the 1980’s, he went to work in the oil and gas industry for WellTech. When the “boom” went bust, Dave moved to Denver, CO. He attended Metro State College obtaining an Associate's Degree in Electronics. He went to work for Hill-Rom for a number of years before the oil field beckoned him back in 2004. Dave worked for Halliburton, Superior and most recently, Liberty Oil Field Services. He often remarked that Liberty was the best place he ever worked. On September 14, 1991, Dave married Nadine Doll in Arvada, CO. They lived in Arvada, Lakewood, and for the last 14 years in Fort Collins. They welcomed a son in January 1995. Dave always said he was fluent in two languages – English and “oil field.” He was an avid reader. His tastes ran from Tom Clancy to Stephen Ambrose to Louis Lamoure. History intrigued him. He would read all he could on the Civil War, WWI and WWII. Dave enjoyed old movies. He could spend hours watching black and whites and identify who the stars were. Dave is survived by his wife, Nadine (Doll) and son, Darren, of Fort Collins; brother, Dan Jung, New England, ND; sisters, JoAnn Jung, Bismarck, ND, and Madonna (John) Wyze and their children, Stewart Wyze and Tanner Wyze of Cokato, MN and Dana Wyze of Circle Pines, MN; sisters-in-law, Yvonne (Kevin) McNeal and her son, James, Jamestown, ND and Sheila Doll of Aurora, CO; brother-in-law, Jason Doll and his children, Carrington, Maddox, Beckett and Lleyton of Marshall, MN; several aunts, uncles, and cousins. He is preceded in death by his parents, William and Alice (Frieze) Jung and a stillborn infant brother; paternal grandparents, Peter and Elizabeth (Wogh) Jung; maternal grandparents, John and Magdalena (Basting) Frieze; his father-in-law and mother-in-law, Richard and Irene (Bullinger) Doll; numerous aunts, uncles and cousins. Dave's Memorial Service will be held on Monday, February 17, 2020 at 10 am at Bohlender Funeral Chapel, Fort Collins, CO. His ashes will be scattered at a later date. In lieu of flowers, the family requests donations be made to a pancreatic research center in care of Bohlender Funeral Chapel, 121 W. Olive, Fort Collins, Colorado 80524.

David W. Jung passed away on February 1, 2020 at his Fort Collins home after a 9-month battle with pancreatic cancer. He was born on October 23, 1960 in Dickinson, ND to William and Alice (Frieze) Jung. Dave graduated in 1978 from New England... View Obituary & Service Information

The family of David William Jung created this Life Tributes page to make it easy to share your memories.