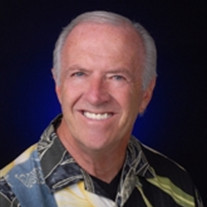 David R. Anderson, Fort Collins, was born on December 13, 1942 in Norton, KS, and passed away on February 1, 2020 after a two-year battle with leukemia and Parkinson’s disease. He was raised in Denver by his parents, Charles R. and Leta M. Anderson, and attended Colorado State University where he received his Bachelor’s and Master’s degrees in Wildlife Biology. He earned his PhD at the University of Maryland where he specialized in theoretical ecology. During his career he spent nine years at the Patuxent Wildlife Research Center in Maryland and nine years as leader of the Cooperative Wildlife Research Unit and Professor in the Wildlife Science Department at Utah State University. He returned to Colorado State University in 1984 where he was professor in the Department of Fishery and Wildlife Biology and Cooperative Fish and Wildlife Unit Leader for the Fish and Wildlife Service and U.S. Geological Survey until his retirement in 2003. He was promoted to Senior Scientist by the U.S. Geological Survey, the highest organizational honor that an agency scientist can attain. He remained active in the Department of Fishery and Wildlife Biology after his retirement. He received over a dozen professional awards, including the Aldo Leopold Memorial Award, Special Achievement awards from The Wildlife Society and the U.S. Fish and Wildlife Service, and four “Publication of the Year” awards from The Wildlife Society. His numerous publications have been cited >100,000 times by other scientists. He was instrumental in transforming the discipline of wildlife ecology and management with his important contributions to statistical inference, decision making, and the very conduct of science. He was an exceptional mentor, and his former students now populate universities, government agencies, and nongovernmental conservation organizations worldwide. David was an adventure traveler who liked to visit out-of-the-way places, including Madagascar, Galapagos Islands, the Amazon, the Taj Majhal in India, Altun Ha in Belize, Chichen Itza in the Yucatan, Iran (to view wild Ibex), the Tia Sophia in Istanbul, Kenya (wildlife viewing), Masada in Israel, Giza in Egypt, New Zealand, China (to see Qin Dynasty terra cotta warriors), New Guinea (to view Aboriginal ceremonies), and the Northern Territories in Australia. In addition to his academic interests David was a car enthusiast. He was an active member of the British Motoring Club in Northern Colorado and a regular attendee at the informal weekly “Car Lunch” in Fort Collins. At various times he owned two E-Type Jaguars and his prized 1979 LP400S Lamborghini Countach. David is survived by his daughters, Tamara and Adrienne of Louisville and Denver, his brother Duane and his wife Carol, and their daughter, Diana, of Evergreen, and by his many friends and professional colleagues. It is hard to predict what Covid-19 might be like at the end of June, therefore we have decided to cancel the Celebration of his Life for the foreseeable future. More information about David’s career and interests is available online at https://sites.warnercnr.colostate.edu/anderson/.

David R. Anderson, Fort Collins, was born on December 13, 1942 in Norton, KS, and passed away on February 1, 2020 after a two-year battle with leukemia and Parkinson&#8217;s disease. He was raised in Denver by his parents, Charles R. and Leta... View Obituary & Service Information

The family of David Ray Anderson created this Life Tributes page to make it easy to share your memories.

Send flowers to the Anderson family.