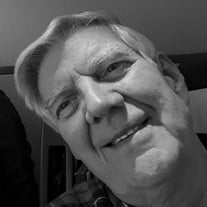 Dale Richard Rushneck, born in Pittsburgh in 1938, died on September 4th, 2021, at his home in Fort Collins, CO. He is survived by his wife of 54 years, Janice Kay Rushneck (nee Carroll) (80), his son David Scott Rushneck (50), and his daughter Jennifer Ann Rushneck (45) and her spouse Amy and grandchildren Tae and Zyah. Dale graduated from Thiel College in 1959 with a degree in mathematics and physics. Following his work with Barber Colman Labs in Rockford, IL, where he met Jan, the couple moved to Pasadena, CA, where Dale worked at NASA's Jet Propulsion Laboratories. JPL became part of the original Mission to Mars and Dale followed that work to Houston and the Cape as the Principal Technical Manager for the gas chromatography-mass spectrometry apparatus (GCMS). The GCMS was part of the first Viking lander on Mars to determine whether there had been water or life on another planet and the model is housed in the Smithsonian. As a history-making scientist who is credited with finding krypton and xenon present on Mars, Dale was awarded the American Association for the Advancement of Science 1977 Newcomb Cleveland Prize for an Outstanding Contribution to Science. As NASA moved forward into other projects, Dale became a subcontracted chemist with the Environmental Protection Agency, involved with writing ASTM standards we still use for mercury levels in water, emissions standards for coal-fired power plants, methods for concentrations of PCB contaminants at hazardous waste sites, and the monitoring and mitigation of cryptosporidium. His contributions to water chemistry methods changed the field of environmental protections. Dale loved nothing better than to take long mountain hikes with a cucumber in hand for hydration, and to travel the world with Jan, with endless stories of Icelandic fjords, Swiss Alps, Irish moors, New Zealand coasts, and his favorite Molokai beaches. He remembered every detail from every restaurant they visited, from what was on the menu to what art was on the walls to how to get there, specializing in hole-in-the-walls. His recommendations carried more weight for his friends than any travel guide. The family extends deep thanks to Gary and family at Bohlender Funeral Chapel for handling Dale's final wishes. Dad, we did everything on your terms, following exactly the method you wrote for yourself. To honor this incredible mind, doting husband, loving dad, educative Poppi, and aficionado of a great happy hour with friends, please raise a bottle of Moosehead to Mars tonight.

Dale Richard Rushneck, born in Pittsburgh in 1938, died on September 4th, 2021, at his home in Fort Collins, CO. He is survived by his wife of 54 years, Janice Kay Rushneck (nee Carroll) (80), his son David Scott Rushneck (50), and his daughter... View Obituary & Service Information

The family of Dale Richard Rushneck created this Life Tributes page to make it easy to share your memories.

Dale Richard Rushneck, born in Pittsburgh in 1938, died on September...

Send flowers to the Rushneck family.