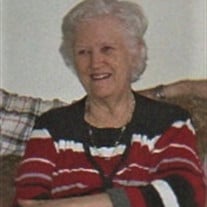 Chrystal Darlene Straube was born to Alphon and Ottillie (Tillie) Schroeder Geiselman on February 14, 1927 in Oxford, NE and passed away at Brookshire House Care Facility in Denver, CO on June 30, 2020 at the age of 93 years, 4 months and 16 days. Chrystal, or Chris as she was known, was baptized and confirmed in the faith at St. John’s Lutheran Church in Oxford, NE, attended Pleasant Hill country school, grades 1-8 and graduated from Oxford High School with the Class of 1944. She was employed with Northwestern Bell Telephone Co. in Oxford, NE for many years as a switchboard operator. Chris married Warren R. Straube of Beaver City, NE on September 1, 1945 in Stuttgart, Kansas. They farmed and raised hogs in the Beaver City area and later moved to a farm northwest of Oxford. On August 1, 1947 their only son Douglas was born. In 1964 the family moved to Wiggins, CO where they raised hogs. The family moved again to Gunnison, CO and then settled in Fort Collins, CO where Chris continued to work for Northwestern Bell in Fort Collins and Qwest in Greeley until her retirement. Her husband Warren passed away on August 11, 1988. Her son Douglas passed away on February 9, 2010. She renewed a relationship with a High School friend Clair Childress and they became companions until his death in 2011. Chris continued to live in Fort Collins and as her health declined she was taken care of by Patti Walters and Right at Home Care of Fort Collins. In January of 2020 she moved to Brookshire House Care Facility in Denver, CO until her death. Chris was preceded in death by her parents Alphon and Tillie, husband Warren, son Douglas, friend Clair and brother Donald. She leaves to mourn her passing, sister-in-law Marlys Geiselman of Oxford, NE; niece Cathy Jaeger and husband Jerry and family of York, NE; nephews Duane Geiselman and wife Vickie and families of Arapahoe and Omaha, NE; Gary Geiselman of Broken Bow, NE; Roger Geiselman and Dale Geiselman of Oxford, NE; good friend and neighbor Randy Ketcher of Fort Collins; and many relatives and other friends. A funeral service will be held Wednesday, July 8, 2020, at 10:30 a.m. Interment will follow at Resthaven Memor GardensCemetery.

Chrystal Darlene Straube was born to Alphon and Ottillie (Tillie) Schroeder Geiselman on February 14, 1927 in Oxford, NE and passed away at Brookshire House Care Facility in Denver, CO on June 30, 2020 at the age of 93 years, 4 months and 16... View Obituary & Service Information

The family of Chrystal G Straube created this Life Tributes page to make it easy to share your memories.

Chrystal Darlene Straube was born to Alphon and Ottillie (Tillie)...

Send flowers to the Straube family.