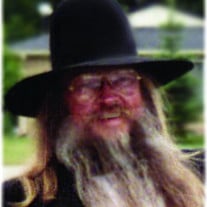 Shorty Coleman, of Fort Collins, Colorado, formerly of North Platte, Nebraska peacefully passed away at home on July 2, 2020, at the age of 78. Shorty was born June 18, 1942, in North Platte, Nebraska to Raymond and Alvina Coleman. He was given the name "Carroll Lee" but everyone called him Shorty. He was raised on a dairy farm 10 miles southeast of town and loved the farm and all his animals. As a kid, he had two favorite dogs, Sparky and a German shepherd named Tycon, and two horses, Gopher and Princess. Living on a farm is fun and the work is hard... every morning and night the cows had to be milked, but after milking was finished Shorty would always forget to close the gates thus the cows would get out and his brother Skip would have to go get them. One afternoon when Shorty went to bring the cows home, he encountered a rattlesnake. Fortunately he always carried a sock with him. He used that sock to distract the snake, throwing it down on the ground the snake would strike and encircle itself around the sock. Up on the hill Shorty’s sister Marilyn was watching and when he waved his arms, she would get dad to drive out to where Shorty was to shoot the rattlesnake. The snake was then hung over the barbed wire fence cause there was a saying, "Hang the snake over the fence and you will get rain." Well, most of the time that was true. Shorty attended Sioux Lookout Grade School which was a mile from home. When he was in the 5th grade he was sickened with Rheumatic Fever and ended up missing that whole year of school. School was never his thing but he was a trooper and finished through the 8th grade then attended North Platte Senior High School where he was active in band, playing the tenor saxophone. On the night of his graduation, his mom received a call from the school informing her that Shorty couldn’t graduate because he was 1 credit short. But being the trooper that he was, Shorty took a typing course that summer and passed with an A and received not 1 but 3 credits and received his diploma! Shorty was active in the Blue Sage 4H Horse Club where he won many purple and blue ribbons in Barrel Racing and Pole Bending with his horse Princess. Shorty, Skip and their dad were all members of the Lincoln County Sheriff’s Posse for many years and Shorty and his dad twice rode in the Pony Express reenactments. Along with working on the farm, Shorty was active in the Nebraska National Guard for 6 years. He worked for the Union Pacific Railroad from 1964 to ’72. Shorty met his wife Liz early in 1979 after he got a job at a gas station where Liz worked. While training him, she would joke with him by asking, “When are you going to marry me and let me quit.” They got married shortly after on February 11, 1979 with their kids Lee, RJ and Shawna. Shorty loved his wife, Liz, very much and always wanted her by his side. They then expanded their family adding Necco, Joshua and Fawn. They moved to his beloved Colorado mountains while they were expecting Joshua in 1981 where Shorty worked at a blood plant in Brighton before they moved to Fort Collins where he had a career working for the Larimer County Department of Transportation. Being in Colorado, he enjoyed watching the Denver Broncos and it was his son Lee who took him to his first Broncos Football game. Shorty was a kind hearted person, always thinking of the other individual first and always ready to help anyone. He would willingly give the shirt off his back to anyone who needed help. He was always ready for life and ready to take on a new adventure and was able to visit Mexico twice. He was very proud of his children and loved them very much. His 6 children and 13 grandchildren were his pride and joy. He had a motto, "All that mattered in life was to work hard, take care of your family and drink beer." He was never happier than when he was home with his family, working with wood building cabinets, shelves, tables, and a slew of other amazing creations. He found peace by throwing his hatchet and would love sharing stories with anyone who would listen. He also had a work ethic beyond most and one time walked 4 miles at 3am in a blizzard to get to work when the car wouldn’t start just to support his family. Shorty is survived by Liz, his wife of 41 years, his son Lee and wife Kendra, his son RJ and wife Trindee, his daughter Necco, his son Joshua, his daughter Fawn and his 13 grandchildren as well as his sister, Marilyn and his brother Skip. He was preceded in death by his parents and his daughter, Shawna. He will always be remembered as a very good person who will be missed very much. Rest in peace, Shorty, we love you. Service will be 11 a.m., Tuesday, July 14, 2020, at Bohlender Funeral Chapel, Ft. Collins, CO. Condolences may be sent to Liz Coleman at 2213 Trevor Street, Ft. Collins, CO 80521.

The family of Carroll L Coleman created this Life Tributes page to make it easy to share your memories.

Send flowers to the Coleman family.