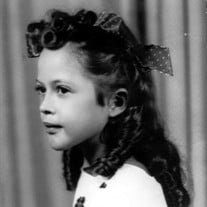 Rainbow Bridge must surely have swayed from the weight of many beloved pets when they all gathered for their reunion with Carolin Best on Tuesday, July 27, 2021. She was born Carolin Ruth Brewer on Dec. 9, 1936, to Lois Parrish and Jack Brewer of Enid Oklahoma. Carolin was an only child and a feisty girl, known for rallying the neighborhood children on adventures. She was fond of catching and frying catfish, and eating watermelon. She liked to keep company with a pup on her grandma’s back porch step in Enid. She met her husband Duane Evan Best of Enterprise, Oregon while he earned his wings at Vance Air Force Base in 1957. They both were ballroom dance instructors. After marriage the couple resided in California, Massachusetts, Virginia, and finally, Colorado. They raised 4 children, Cindy, Evan, Linda and Sonia. Their kids grew up alongside many beloved cats and dogs, and several horses. The couple were liberal thinkers and avid readers with colorful bookshelves in all their homes. Carolin also enjoyed symphony and theater. Once she took her grandchildren to see Phantom of the Opera in the front row. Carolin had affection for Virginia, and especially its beautiful dogwood trees. While there, the family attended Mt.Vernon Unitarian Church. Duane flew for United Airlines. Later in life, Carolin saw Europe and traveled to China during the adoption of granddaughter Claire (daughter of Cindy and James Fournier). Around the time of Duane’s retirement, the couple built the home of their dreams in Ridgway, Colorado. There, Carolin founded the Second Chance Humane Society of Ouray County. Donations can be made in her honor to that shelter https://adoptmountainpets. Queen Victoria once said, “No civilization is complete which does not include the dumb and defenseless of God’s creatures within the sphere of charity and mercy.” Survivors include Cynthia Fournier (James), Linda Best, and Sonia Koetting (Tom). Carolin’s son, Duane Evan Jr., preceded her in death in 1982 due to a mountain climbing accident in Colorado's Sangre de Cristo Range. Grandchildren include Tyler McDorman, Shawn McDorman, Claire Fournier, Helen Koetting and Cole Koetting. Daughters Linda and Sonia remain in Northern Colorado, and Cindy’s family is in the Denver area.

Rainbow Bridge must surely have swayed from the weight of many beloved pets when they all gathered for their reunion with Carolin Best on Tuesday, July 27, 2021. She was born Carolin Ruth Brewer on Dec. 9, 1936, to Lois Parrish and Jack Brewer... View Obituary & Service Information

The family of Carolin Ruth Best created this Life Tributes page to make it easy to share your memories.

Rainbow Bridge must surely have swayed from the weight of many...

Send flowers to the Best family.