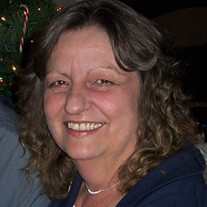 Barbara Jean Winkler was born June 20, 1951 in Elgin, Illinois and peacefully departed January 11, 2022 at the age of 70. Barbara was born and raised in Palatine Illinois, along with her four brothers and one sister. Barbara had an eventful childhood living with five siblings. She enjoyed playing softball, swimming, sewing, music, and had many stories about taking care of her younger siblings, especially her youngest brother Steven. One of the things she always said, even as she got older was, “Oh Boys” whenever anything was said or done around her that she thought only boys would do. She was a very kind, accepting person, and had many great relationships because of it. In 1971 Barbara moved to Colorado with her first husband, Timothy Sullivan. They fell in love with Colorado and bought a home in Laporte, Colorado. She was very proud of her home and raised two children there, Chrissy Weese (Sullivan), and Kyle Sullivan. After being divorced from her first husband for many years, Barbara met the love of her life, Pete Winkler while he was doing the siding on her home in 1994. A few years later they got married. They were happily married, best friends until he passed away in 2020. They enjoyed many things together during their marriage. Barbara loved working in her yard, planting flowers and caring for them. She also loved working alongside Pete in their garden. She loved fishing, watching baseball, and spending time with the many friends, family members, and neighbors that would come to their house often. Barbara was also a wonderful grandmother who cherished spending time with her grandchildren. Barbara was a kind, loving family member and friend who touched many lives, and will be deeply missed. A Celebration of Life will be held in the spring at Bohlender Funeral Chapel to honor Barbara’s life. Barbara is preceded in death by her father, Norbert Withaeger; mother, Lucille Ciepley; son, Kyle Sullivan; daughter, Jennifer Robinson, and husband, Pete Winkler. She is survived by her daughter, Chrissy Weese; son in-law, Clay Weese; her siblings, Jim Withaeger(Diane), Pat Ciepley(Ron), John Withaeger(Dawn), Scott Ciepley, and Steven Ciepley(Rene). Many nieces and nephews, six grandchildren, and one great grandchild. In lieu of flowers, donations in honor of Barbara can be made to the Alzheimer's Association.

Barbara Jean Winkler was born June 20, 1951 in Elgin, Illinois and peacefully departed January 11, 2022 at the age of 70. Barbara was born and raised in Palatine Illinois, along with her four brothers and one sister. Barbara had an eventful... View Obituary & Service Information

The family of Barbara Jean Winkler created this Life Tributes page to make it easy to share your memories.

Send flowers to the Winkler family.