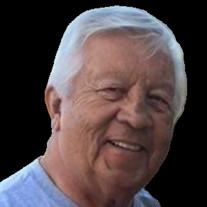 (AKA Butch, Richard, Tony) filled many rolls in life but his favorite was loving his family and being a friend. Born on January 31, 1943 to Antonio Lopez and Emma Alice (Padilla) Lopez in Fort Lupton, CO. Tony received his angel wings on May 22, 2020 at Medical Center of The Rockies in Loveland, CO. due to complications following surgery. Tony grew up in Bellevue, CO on his grandparents Padilla’s’ farm until the age of 9 then moved to Poudre Canyon with his mother and 2 sisters where he learned early in life the meaning of hard work. At the age of 10 he began working for the Nesbitt Quarter Horse Ranch learning how to ride horses, fixing fence, and irrigating pastures. At the age of eighteen he joined the Navy and was stationed in San Diego, CA assigned to the carrier ship “The Coral Sea” he was stationed on it for 4 ½ years in Vietnam. He was discharged in San Francisco, CA and served in the reserves for another year. It was during this time he met his first wife Beryl (Skipper) McBrayne and her son Bobby (whom he lovingly raised as his own) together they had another son Michael. In 2001 he married his loving wife Cindi and together they were raising 3 boys. Tony drove truck for most of his adult life including over the road hauling farm equipment. When he and Skipper moved back to Fort Collins, he went to work for Sterling Sand and Gravel which is now Martin Marietta. After 27 years he retired but found out in a short amount of time the easy chair was not his style and went to work for the City of Fort Collins Street Department driving truck for another 7 years before he was ready to slow down and work less. He then worked for All Out Trucking before he could no longer get in and out of the truck very easy and fully retired. Tony loved to cook and took great pride in his own variations of recipes. He enjoyed cooking and sharing with family and friends, whether it was vegetables from his garden, his homemade 3 day pickles, his green chili or having a “Burn em Up”(BBQ) you knew it was going to be tasty. Tony liked going camping, fishing, and visiting with family and friends who meant so much to him. Tony is preceded in death by both his parents, his first wife Skip, son Bobby. Brothers Ted Lopez, John Lopez & Clinton Mason. Nephews Dustin Williams, Troy Williams and sister-in-law Anita Starr-Lopez. He is survived by his wife Cindi, sons Michael (Charity) Lopez, Alex Lopez, Gage Lopez & Damion Moses (Grandson). Grandsons, Teddy Lopez & Shawn Lopez. Granddaughter, Moranda Crispin. Great Grandsons Landon Lopez & Jamison Lopez. Mother-in-law Marty Williams, Sisters Rose Caroline Lopez, Jackie Padilla, Barbara Wright, & Melissa Steely. Brothers Anthony (Katie) Lopez, Tim Lopez and Tomas (Nichole) Lopez. Brother in laws Dan (Pat) Williams, Steve (Patti Jo) Williams. Sister in law Sharon (Randy) Snider. Numerous loving Nieces, Nephews and friends. He will be greatly missed by all who know him. Yea haw Ride em Cowboy!

(AKA Butch, Richard, Tony) filled many rolls in life but his favorite was loving his family and being a friend. Born on January 31, 1943 to Antonio Lopez and Emma Alice (Padilla) Lopez in Fort Lupton, CO. Tony received his angel wings on May... View Obituary & Service Information

The family of Antonio Richard Lopez created this Life Tributes page to make it easy to share your memories.

(AKA Butch, Richard, Tony) filled many rolls in life but his...

Send flowers to the Lopez family.