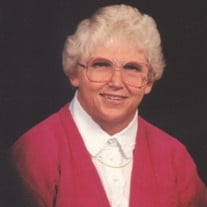 Aletha K. Deal, 82, passed away peacefully on April 16, 2020, after a long decline with Alzheimer’s disease. She was born December 14, 1937 in Lincoln, Nebraska to Roy Deal and Edith Fiddock Deal. In 1959 she graduated from Nebraska Wesleyan University. Her graduation ended a 49-year unbroken period with a member of her family attending NWU. She later received a master’s degree in Education from the University of Northern Colorado. Aletha taught junior high math to generations of students, beginning in Kearney and then Ogallala, Nebraska, and for decades at Lincoln Junior High in Fort Collins, Colorado. Aletha was the kind of teacher who loved working with her fellow teachers, going to seminars, teaching other teachers, and serving as a leader in her professional organization. At the same time, she was known for standing on her head while singing “Five Little Ducks” or “Little Rabbit Foofoo” and creating elaborate Halloween costumes. She was strict but fair, encouraging not only her beginning level math students but acknowledging her top geometry students by awarding them a special trophy. Teaching was her passion. She was devoted to her family, helping her mother through her own long decline with Alzheimer’s. She particularly enjoyed frequent visits from her brother Duane and hosting family holiday dinners. She loved her church family at First United Methodist Church, adding her voice to the choir, and (as a “lay leader”) helping with the purchase of the beautiful pipe organ that fills the front of the sanctuary. She held Bible studies in her home. Her pastors saw her as someone they could trust, a friend when they needed one. Aletha loved the world her God created. She spent several summers working as a director of a Girl Scout camp, and weekends tent camping, hiking or snowshoeing in Poudre Canyon and RMNP. She also loved her dogs and cats, antiques, and traveling in all 50 states and then abroad. Aletha is survived by her nieces and nephews: Karen Robinson, Laura Deal, Diane Paulson, Kathryn Hoover, Don Deal, Mike Deal, Roger Deal, Jeff Deal, and Kevin Deal. Her parents and her brothers, Duane, Bruce, Ervin, and Marvin Deal, predeceased her. The family would like to thank the staff at North Shore for their loving care during Aletha’s final years. A memorial service will be held at 2 p.m., Saturday, July 25, 2020 at First United Methodist Church, 1005 Stover Street. In lieu of flowers, please consider donating to Food Bank for Larimer County or First United Methodist Church.

Aletha K. Deal, 82, passed away peacefully on April 16, 2020, after a long decline with Alzheimer&#8217;s disease. She was born December 14, 1937 in Lincoln, Nebraska to Roy Deal and Edith Fiddock Deal. In 1959 she graduated from Nebraska Wesleyan... View Obituary & Service Information

The family of Aletha Katherine Deal created this Life Tributes page to make it easy to share your memories.

Send flowers to the Deal family.